BC couple challenge $11,400 in COVID-test fines 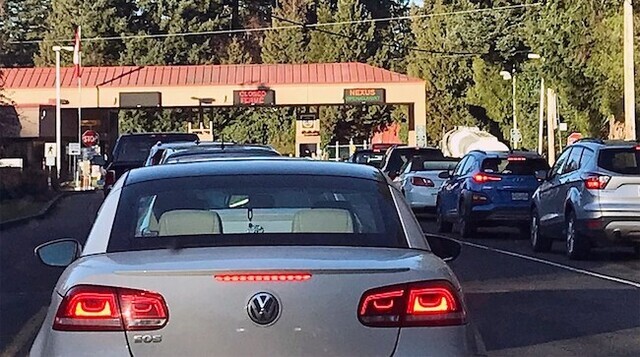 A Qualicum Beach couple who were each fined $5,700 for violating cross-border COVID-19 testing rules hope the judge they are due to appear before on Thursday will sympathize with their predicament.

Charles and Susan Lee are scheduled for a virtual court appearance to enter a plea. They have not yet decided how to handle the matter and have not retained a lawyer.

In January, on their way home, they stopped in Fresno for PCR (polymerase chain reaction) tests and were told results would be available within 24 to 48 hours. They carried on to the Peace Arch border crossing, where they planned to enter Canada. But the Fresno test results had not come in as promised.

They spoke with a Canada Border Services official and then with a Health Canada representative at the crossing, Charles Lee said.

Their options were to wait in Washington state for the results of the Fresno tests, or get another PCR test. But because the Omicron COVID variant was surging, tests were in high demand. They were warned it could take a week to 10 days to get a test.

Charles Lee, 70, said they feared that, because of the backlog, they might not receive the test results needed within the 72-hour parameter set by Canada if they remained in Washington. In the midst of this, Susan Lee, 72, had stomach pains and her husband was keen to return home to access the health-care system in Canada.

There was one option left — cross the border and come back into Canada without test results. That would mean agreeing to two weeks’ quarantine and taking home two PCR tests, which had to be sent in by courier. It also meant they were given fines that they decided to dispute.

After returning to Qualicum Beach, the Fresno test results arrived, and they were negative.

Susan Lee’s illness resulted in her spending five days in Nanaimo Regional General Hospital, where she was found to have pancreatitis, her husband said. He hopes the judge will hear their explanation and reduce the fines.

Since April 1, pre-entry COVID-19 tests are no longer required for fully vaccinated travellers coming by land, sea or air.