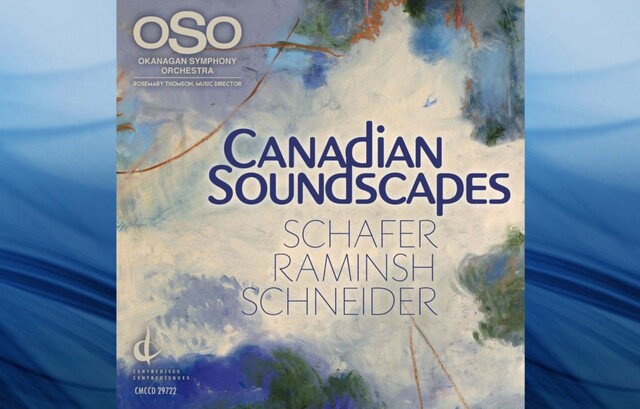 The OSO on Friday released its inaugural commercial recording. It is called Canadian Soundscapes and features three concertos by Canadian composers that were performed by Canadian soloists over a period of more than 10 years. All of the music has Okanagan ties in one way or another.

“Canadian Soundscapes was many years in the making and involved so many people that seeing it realized is like a dream come true,” OSO music director Rosemary Thomson said in a press release. “What a thrill to celebrate our own Okanagan composers and performers as well as the extraordinary musicians of the OSO.

“I think of R. Murray Schafer’s The Falcon’s Trumpet as a quintessentially Canadian piece and we honour Murray’s memory with the title, given that he coined the term ‘soundscape.’ It truly is a delight to share these works and these artists in this format across the country.”

Canadian Soundscapes, which is on the Centrediscs label, is available in CD format, for digital download or streaming on a variety of platforms. The official launch takes place at the OSO’s Back to Beethoven concert this Friday at the Kelowna Community Theatre.