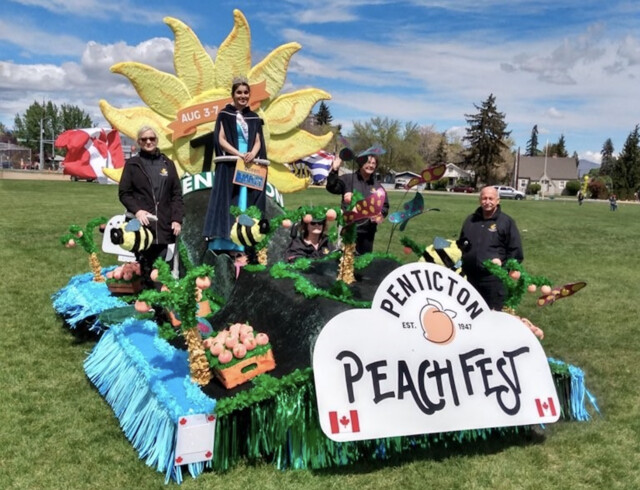 The Penticton Peach Festival float is getting its laps in already, attending the Wenatchee Apple Blossom Festival last weekend in Washington State.

Peach Festival Director Kristi Patton said hundreds of people lined the parade route, and in many parts, they were even eight to 10 people deep along the route.

"I was amazed at how many people yelled out 'great float,' 'thank you for coming,' or 'oh, look, Canadians are here. Thanks,'" said Peach Festival director and host committee chair Daphne Adey.

Peach Festival directors who were in attendance said it was great exposure for Penticton as the parade was televised live and the write-up about Penticton was announced live at four different sites during the parade.

Peach Fest returns this summer after a two-year hiatus from August 3-7, with five days of free shows, events and celebrations. To view the festival lineup, click here. 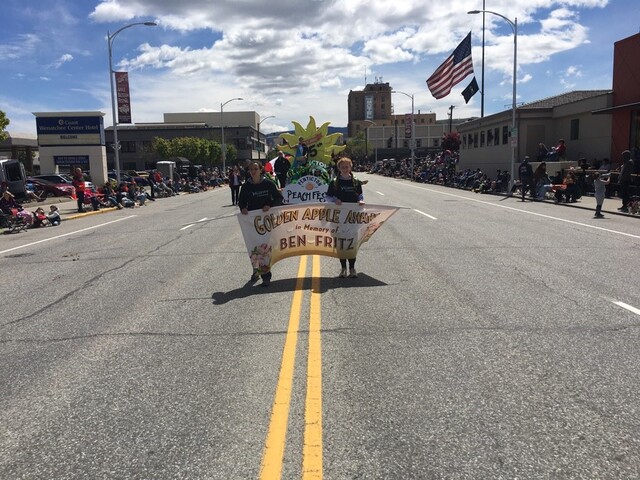