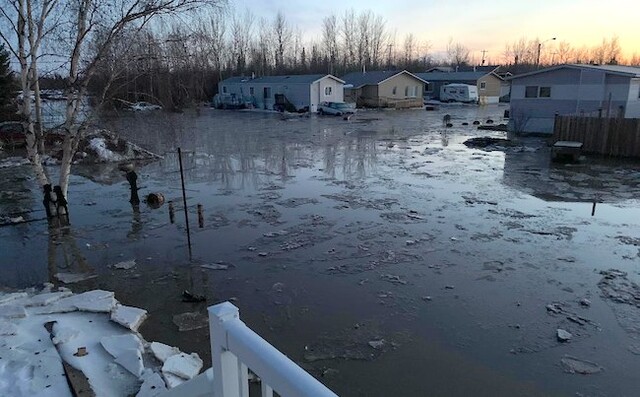 About 3,500 residents have been ordered to evacuate a town in the Northwest Territories as volatile water levels cause extensive flooding and damage.

People in Hay River, located on the south shore of Great Slave Lake, were told late last night to get to higher ground, travel to Yellowknife or register at the town's community centre.

The town has been monitoring the Hay River, which recently swelled due to rain and snowmelt.

An alert on the community's website says another push and release of ice has caused the water to rise higher.

It says the water level has increased 1.7 metres over the last few days.

Some residents who live along the river and on a nearby First Nation were already under an evacuation order.