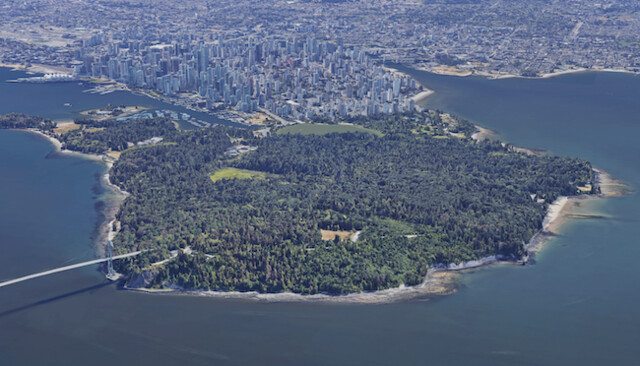 VPD investigations include several "swarmings, robberies, and reports of violent rituals meant to demean and humiliate peers," explains a news release. Since spring break, officers have also encountered "a concerning number of youth with imitation guns, bear spray, brass knuckles, and machetes" in the community.

“A number of teens have already been hurt, and we’re worried the violence will further escalate," says Sgt. Steve Addison, adding that police believe many youth crimes still go unreported.

"That’s why we’re imploring young people to come forward if they’re a victim of violence or if they have information that could prevent someone else from getting caught up in a dangerous situation.”

On April 24, a 13-year-old boy was befriended online and lured from West Vancouver to Stanley Park through social media. Once he was in the park, a group of intoxicated teenagers "kicked, pepper-sprayed, and robbed him of his phone." Afterwards, the group also assaulted a 63-year-old man who was walking nearby.

Police say the victim was found "bloodied and walking on the seawall."

On March 23, a 19-year-old man was walking at night near East Boulevard and West 41st Avenue when he was bear-sprayed and robbed of his backpack by a group of six youths. While he immediately ran home and told a family member, the suspects had already left the area before police arrived at the scene.

On April 9, a youth held a pellet gun to the head of a teen boy while they sat on the steps at the Vancouver Art Gallery. However, the incident was not reported to police until hours later, when staff at the VAG reviewed the security video. The victim never came forward but police are investigating.

In two separate incidents on April 16, a 14- and a 15-year-old boy were assaulted and held at knifepoint while walking after dark in Kerrisdale. "The boys were robbed of their backpacks, wallets, and electronics after being surrounded by 15 to 20 teens near East Boulevard and West 41st Avenue," say police.

The VPD is also warning parents and youth about a concerning trend of teenagers "swarming, assaulting, and video-taping their peers in humiliating and demeaning bullying rituals."

Typically, a group of teens will single out an individual, surrounding them and then "punching, kicking, and slapping them until they fall to the ground, before forcing them to kiss their attackers’ shoes," according to police.

Videos of the attacks are sometimes posted online.

“These incidents don’t just cause physical harm, they can lead to deep-rooted emotional trauma that leave permanent scars,” adds Addison. “Sadly, the very nature of these incidents often deters victims from coming forward, because they fear retribution and further humiliation.”

The VPD encourages parents to speak with their children about bullying and violence, and encourages teens with information about a crime to call police or seek help from someone they trust.

VPD’s Youth Services Section has established a tip-line for anyone with information about the swarmings in Stanley Park and Kerrisdale, or the gun incident at the Vancouver Art Gallery. Anyone who has not yet spoken to police is asked to call 604-717-0614.