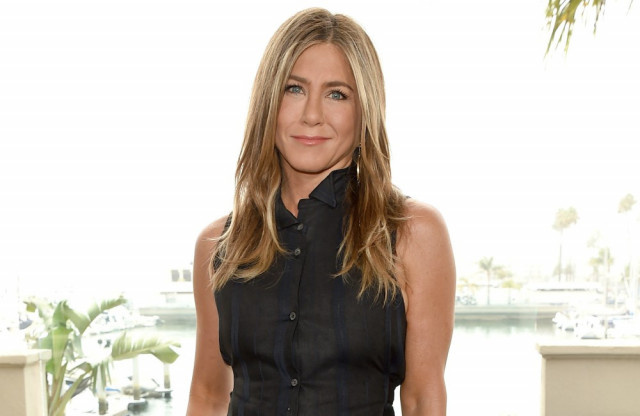 Jennifer Aniston will appear on the last ever episode of ‘the Ellen DeGeneres Show’.

The former ‘Friends’ star coming on the finale on May 26 will bring her time on the show full circle as she was interviewed on the debut episode of the week day talk show hosted by Ellen DeGeneres in 2003, nearly 20 years ago.

The 53-year–old actress will be joined by the pop singer Pink, who penned the series’ Emmy-winning theme song, one of 61 won throughout its 19 seasons.

The cute cousins Sophia Grace and Rosie - who gained traction after their cover of Super Bass’ by Nicki Minaj - went viral - will also appear on the show after Ellen featured them on the show in 2011.

News of the show’s end was shared by Ellen in May 2021, calling the show “the greatest privilege of my life.”

The 64-year-old comedian - who is gay - said: "When we started this show in 2003, the iPhone didn't exist. Social Media didn't exist. Gay marriage wasn't legal. We watched the world change, sometimes for the better, sometimes not."

"But whatever was happening, my goal was always for the show to be a place where we could all come together and laugh for an hour," she added. "Being invited into your lives has been the greatest privilege of my life and has brought me incredible joy. Thank you. Thank you. Thank you."

Last month, Ellen reflected on her 90s eponymous sit-com's coming-out episode, which led her to being blacklisted in Hollywood for a couple of years.

In the show’s opening monologue, she said: "When I came out, people warned me that it was going to ruin my career, and they were right for a while. Actually, for exactly three years, I lost my career. But look at me now."