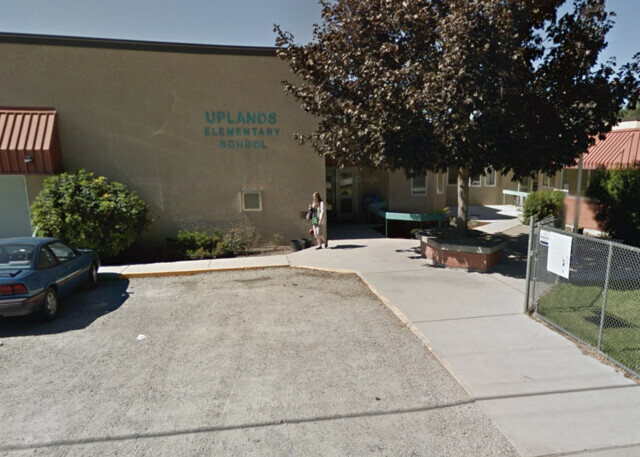 A report on potential safety improvements to the Uplands Elementary School drop-off zones has been completed, and Penticton city council will have the opportunity to review it at Tuesday's meeting.

In 2021, the city was approached by School District 67 and a number of concerned parents seeking a formal analysis of the roads, curbs and crossings adjacent to the school, after a young boy was seriously injured in late December attempting to cross the street.

The city had previously implemented traffic calming initiatives in 2014 and 2015, and installed delineators in the school zone to create a walking area to the school in 2018.

"More extensive physical upgrades were not considered at the time given the rural nature of the street, and due to the higher cost for further improvements and other budget priorities," reads an explanation from city staff.

In early 2022, staff met with SD67, Uplands' principal and a representative of the concerned parents group, and worked on plans for more safety improvements moving forward.

Short term plans, to be implemented in 2022, include increased bylaw presence in the area during pick up and drop off, extra entrance/exit signage to the school zones and bus zones, and no parking signs and cones put out by school staff daily.

Longer term plans include working on permanent infrastructure improvements to be presented to council as part of the 2023 budget.

"The scope of the upgrade will be determined in consultation with the School District, the school and the neighbourhood with the goal of providing safe infrastructure for the full length of the school," the staff report reads.

No financial commitment from city council is recommended at this time.