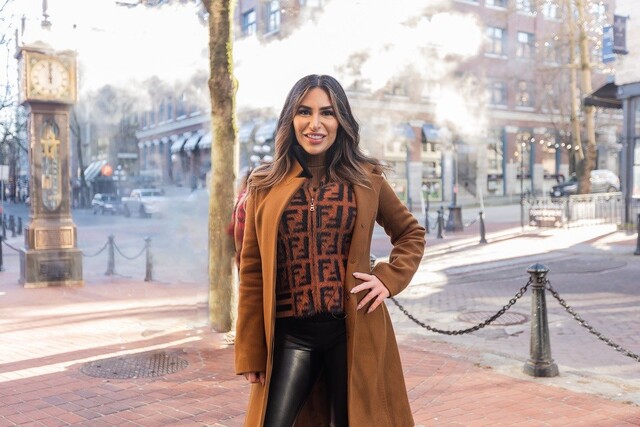 Photo: IHIT
Ramina Shah, a mother of two from Maple Ridge, was identified as the victim of a fatal stabbing in an underground parkade in Coquitlam's Austin Heights neighbourhood on Jan. 27, 2022. Police are asking witnesses and anyone with dashcam footage to come forward.

A 32-year-old mother of young children died in hospital from a stabbing in a Coquitlam underground parkade this week.

Ramina Shah was identified as the victim of the fatal Austin Heights incident Thursday (Jan. 27) and police believe this was not a random attack.

There are no suspects in custody at this time and there's no evidence the Maple Ridge resident is linked to ongoing gang violence in the Lower Mainland, according to the Integrated Homicide Investigation Team (IHIT).

"We did receive some background information from other witnesses and people that know her," explains spokesperson IHIT David Lee during a virtual news conference today (Jan. 28), who hopes releasing Shah's photo can help find witnesses who may have seen her.

"That information, with a combination of the things we've seen at the scene lead us to believe this as an isolated incident and not random."

Shah was found with stab wounds when Coquitlam RCMP were called to the scene in the 1100-block of Austin Avenue around 4:30 p.m.

Lee said she had just completed her work in one of the nearby businesses and was walking to her vehicle before a suspect(s) stabbed her.

Investigators are examining the scene, as of this publication, but are also hoping residents who may have witnessed the incident, or has dashcam or CCTV footage, can come forward to help.

Lee was not able to elaborate when asked by Tri-City News about potential security camera footage in or near the parkade.

"We're hoping that anyone who has a parked car there that has motion sensors, and they turn on, to please provide that footage."

Lee is asking those who were travelling or parked along Austin Avenue between 2:30 and 5:30 p.m. on Thursday to potentially provide a statement or video.

In the meantime, IHIT says it's working on the case with members of Coquitlam RCMP, the Integrated Forensic Identification Section (IFIS) and the BC Coroners Service.