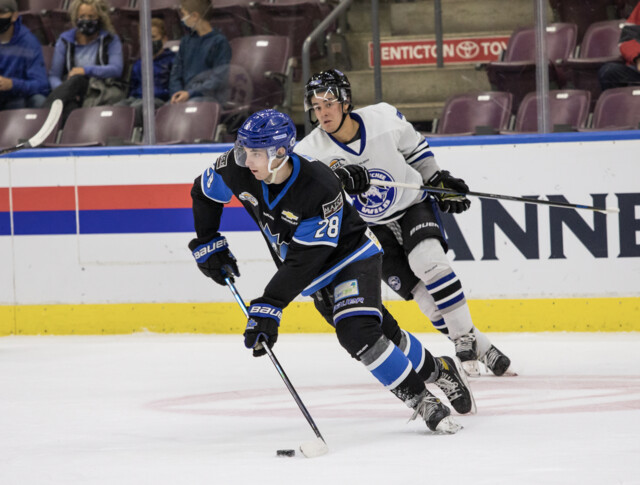 The Penticton Vees had a decisive victory over the Wenatchee Wild Thursday night.

Five different goal scorers contributed to the 5-2-victory across the border.

The pressure was on from the very first period, with a power play goal halfway in. Two and a half periods later, the victory was set in stone.

Vees goalie Kaeden Lane made 23 saves on 25 shots as he collected his 17th win of the season.

The game's three stars were the Vees' Josh Nadeau, the Wild's Landon Parker and the Vees' Kaeden Lane.

The Vees continue their three-game set in the United States Friday night, taking on the Wild again.

Puck drop is at 7:05 p.m., broadcast live on Bounce Radio 800 and livestreamed on BCHLTV.ca