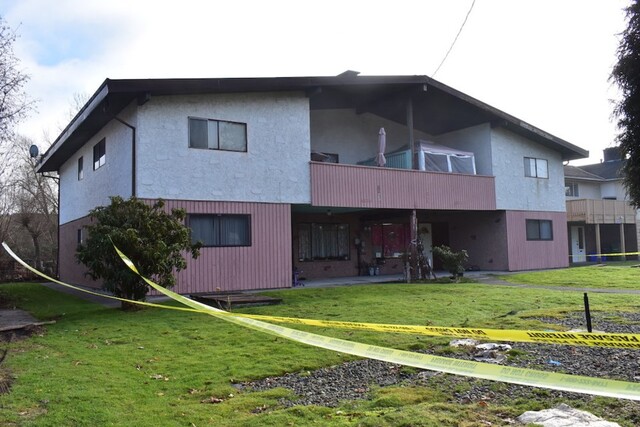 Photo: Maria Rantanen Photo
The family of four found shot to death inside this Richmond duplex have yet to be named by police

A 71-year-old man, a 58-year-old woman, their 23-year-old son and 21-year-old daughter were the victims of what police believe was a murder-suicide in Richmond Monday.

The evidence "strongly suggests" the four deaths were the result of a murder-suicide, said Sgt. David Lee, spokesperson for the Integrated Homicide Investigation Team (IHIT), but this still needs to be confirmed by ballistics and autopsies.

Extended family have asked for privacy, so the names of the family members who lived in the Garden City Road duplex - near Walmart - are not being released at the moment.

The 71-year-old father was not the shooter, Lee said, and it most likely wasn't the mother.

One of the four persons involved had a firearm license and access to a firearm, police confirmed earlier this week.

Lee said the family has lived in Richmond for some time.

Police were alerted by neighbours on Tuesday to something suspicious in the house at which time they discovered the dead family members - they estimate the shooting took place Monday around 7 p.m.