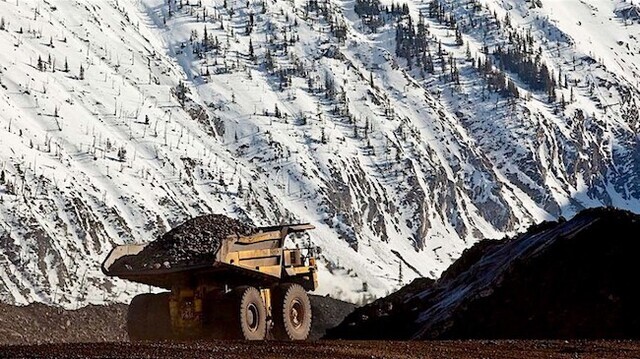 Teck Resources Ltd. said Friday that its coal sales fell below its guidance because of extreme weather in British Columbia and warned that COVID-19 was leading to higher costs and could disrupt production.

Teck said steelmaking coal sales for the fourth quarter came in at 5.1 million tonnes, below the 5.2 million to 5.7 million tonnes in its revised guidance it issued Dec. 5 after the record rainfall in B.C. that knocked out rail and road infrastructure.

The lower sales came as extreme cold weather in B.C. this winter led to further interruptions and substantial reductions to rail service and port activities.

The company had guidance for 6.4 million to 6.8 million tonnes sold for the quarter before the November deluge.

Vancouver-based Teck said coal production at Elk Valley wasn't affected by the November events because inventories at its operations were low at the time, but that the cold weather disruptions have led to near-record inventories and the company could be forced to reduce production if there are further transportation disruptions.

The disruptions have also increased costs at its operations, but Teck said higher steelmaking coal prices should offset those costs and it expects to substantially make up the lost sales volume in the first half of this year.

Teck also said that the Omicron variant of COVID-19 is leading to increased staff absences at its coal operations in B.C. as well as at its QB2 project in Chile.

It says that while absences have yet to have a major impact, the situation poses a risk to first quarter production and that costs have risen because of labour inefficiencies related to COVID-19.

The company said it has updated its COVID-19 capital cost guidance for QB2 to between US$900 million and US$1.1 billion, up from its previous estimate of US$600 million.

The company also warned that it was seeing inflationary cost pressures, especially on diesel prices, supplies and labour costs, and that increases it saw in the fourth quarter are expected to continue into this year.

National Bank analyst Shane Nagle said in a note that while fourth-quarter results still showed a record quarter, he expects earnings to take a hit.

He said, however, that he expects improvements in Teck's coking coal operations this year once the Neptune terminal expansion in North Vancouver, B.C., is complete, while record coal prices should also help the company.

"Teck's strong balance sheet, cost reduction initiatives, organic growth within the copper division and long-term commitment to returning capital to shareholders are all supportive of a higher valuation than currently ascribed by the market."