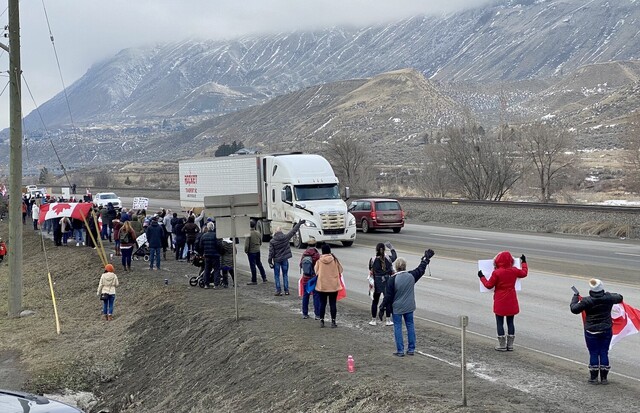 GoFundMe has released an initial $1 million of ‘Freedom Convoy’ fundraising money after temporarily freezing the account earlier this week.

CTV News is reporting that convoy organizers have provided GoFundMe with a plan for the money’s distribution. The fundraiser is now sitting at a staggering $6.4 million.

“The trust and safety of our global community is our top priority,” GoFundMe said in a statement.

“That is why we're following our standard verification process and working directly with the campaign organizer to ensure the funds are distributed as stated by the organizer and in compliance with the law and our Terms of Service.”

“Our goal is to protect the generosity of donors and ensure that all donations go to those intended. As part of our verification process, we require full transparency from the organizer about the flow of funds to ensure there’s a clear plan and donors are informed on how the funds will be spent.”

“GoFundMe is releasing some money,” she said in a brief Facebook live broadcast. “We got ‘er done. It was a bit of a process but the team back home, I can't thank them enough. Wow, they've been working around the clock to make this happen and we just got confirmation so we're good. Isn’t that funny? It was never frozen to begin with,” she said.

The convoy protesting COVID restrictions and vaccine mandates left B.C. on Sunday and reached parts of Toronto on Thursday. It is expected to arrive in Ottawa on Saturday, where police are preparing for up to 10,000 demonstrators.