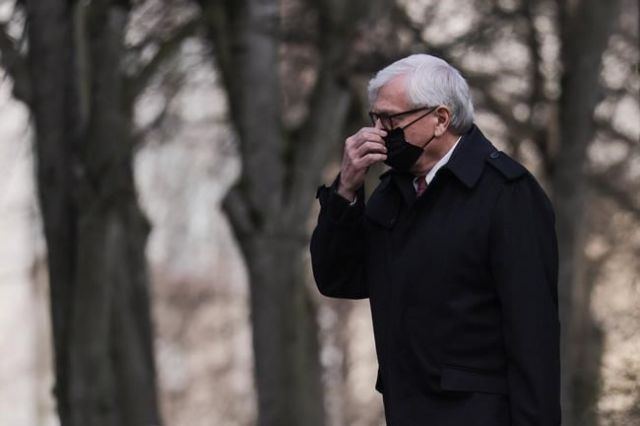 Photo: The Canadian Press
Craig James, former clerk of the British Columbia legislature, leaves B.C. Supreme Court during a break from his trial in Vancouver, on Wednesday, January 26, 2022. A surprise disclosure temporarily delayed proceedings Thursday in the B.C. Supreme Court trial of former clerk of the legislative assembly Craig James, who is accused of misspending public dollars. THE CANADIAN PRESS/Darryl Dyck

A surprise disclosure temporarily delayed proceedings at the B.C. Supreme Court trial of the former clerk of the legislature, who is accused of misspending public dollars.

Butcher acknowledged the documents would come as a surprise to the defence team for Craig James.

He said one set of documents is "potentially, significantly exculpatory," meaning it could be helpful to James's defence.

James has pleaded not guilty to two counts of fraud over $5,000 and three counts of breach of trust by a public officer.

The court adjourned while an RCMP officer interviewed legislature clerk Kate Ryan-Lloyd about the documents before the trial resumed with her testimony because neither the Crown nor defence had time to review the interview.

Details of what is in the documents were not disclosed in court.

Defence lawyer Gavin Cameron initially argued against allowing prosecutors to question Ryan-Lloyd directly about the documents, claiming he was "shadow boxing" without knowing how the Crown intended to use the information.

Before agreeing to the RCMP interview, Cameron said entering the documents at this stage was "grossly unfair" after Woodward has been interviewed nine times by RCMP investigators since November 2018.

"We've agreed there's about five or six questions that need to be asked," Butcher said.