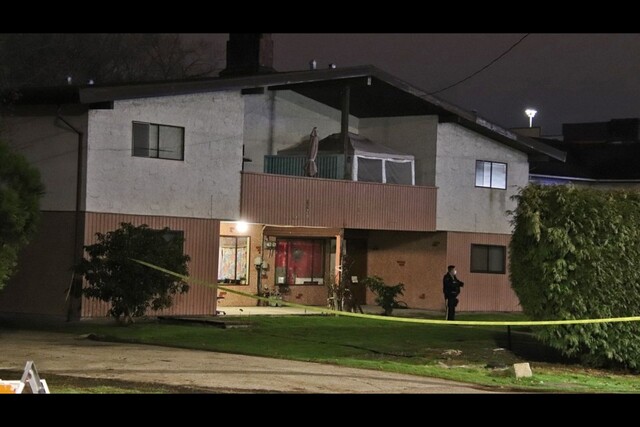 Photo: Shane MacKichan
IHIT has been called in after police found four bodies, shot to death, in a Richmond home.

Homicide investigators confirmed on Thursday that the four people found shot to death inside a Richmond home were all members of the same family.

Police also stated that the bodies found in the duplex on Tuesday night on Garden City Road, just north of Walmart, were that of two men and two women.

IHIT investigators, however, have not confirmed their relationships to each other, but they did say that everyone involved in the incident was found at the scene.

As such, police said they are not looking for any suspects and there's no risk to the general public.

It is understood from police that someone living in the house held a firearm license.

Police said earlier this week that they believe the shooting actually took place at around 7 p.m. on Monday.

IHIT was called in late Tuesday night to investigate what police earlier described as a “serious incident” in the 4500 block of Garden City Road, between Odlin and Alexandra roads, just north of Walmart.

“It is a traumatic incident the community is waking up to,” said Sgt. David Lee of IHIT. on Wednesday.

"Our investigators are scouring the area looking for information as this event unfolds. We hope to provide the community with answers soon.”

The road in the area was closed off and police tape could be seen wrapped around the perimeter of the old-style duplex.