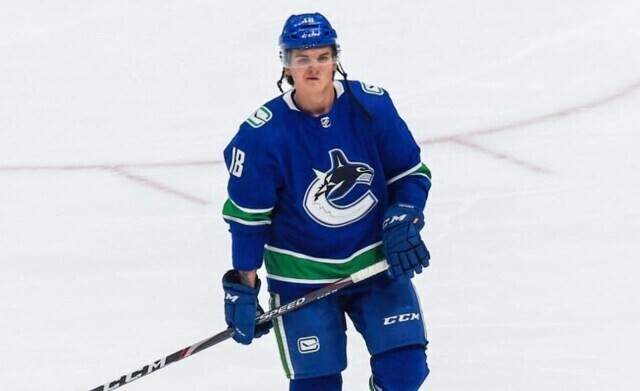 The Vancouver Police Department announced Thursday that Jake Virtanen has been charged with sexual assault following an investigation.

The BC Prosecution Service approved one count of sexual assault against 25-year-old Virtanen, in relation to an incident that occurred in Vancouver on Sept. 26, 2017, when Virtanen was playing in the National Hockey League for the Canucks.

The VPD launched an investigation in May 2021, after the now-23-year-old victim came forward to police.

Virtanen was placed on leave by the Canucks in April after the sexual misconduct allegation came out online.

A woman filed a civil lawsuit against Virtanen in May, as well as a report to the Vancouver Police Department.

The suit alleges “the actions of Virtanen were reckless, arrogant, high-handed, abusive and show a callous disregard for the wishes of the plaintiff.”

Virtanen responded to the civil suit in June alleging the two engaged in consensual sexual intercourse.

Police say Virtanen is not currently in custody.

– With files from Vancouver is Awesome