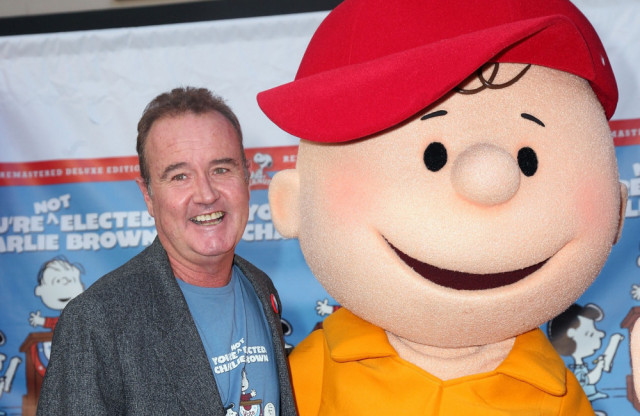 The voice of Charlie Brown has died.

Peter Robbins - who was the first person to voice 'Peanuts' character Charlie Brown in the 1960s when he was nine years old - was found dead last week after taking his own life. He was 65.

On Tuesday, his family told Fox 5 he died by suicide.

Robbins - who suffered from bipolar disorder - served almost five years in prison after he was sentenced in 2015 following a conviction for making criminal threats against a number of people, which included San Diego County Sheriff William Gore.

He was released in 2019 and told not to drink or take drugs, while he also had to go to anger management classes.

The 'Munsters' actor turned his life around and started urging others to get "professional help" for their mental health issues.

He previously said: "I would recommend to anybody that has bipolar disorder to take it seriously because your life can turn around in the span of a month like it did to me.

"I came out of prison and I'm a better person for it. I'm much more humble and grateful and thankful that I lived through the experience."

His family has asked fans for privacy after Robbins' death, and revealed they will hold a memorial service at a future, unspecific date.

As well as his role voicing Charlie Brown, he also appeared in the likes of 'F Troop', 'Get Smart' and 'Blondie' in the 1960s, while his last acting credit was in 'My Three Sons' in 1972.