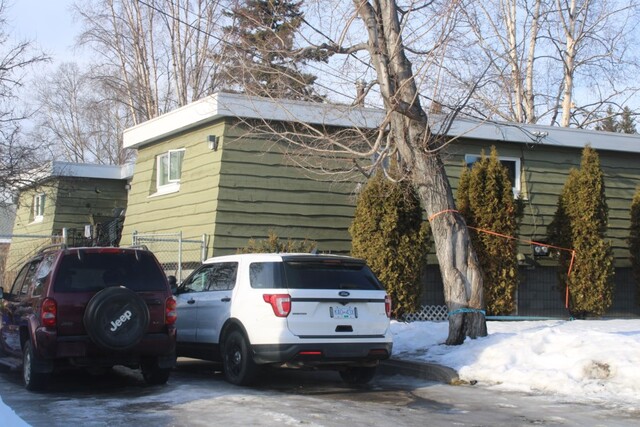 Prince George RCMP are investigating the city's first homicide of the year.

Investigators remained at a home at the corner of Porter Avenue and Oak Street in the VLA on Wednesday, a day after police were called to the discovery of a man with serious injuries who later died in hospital.

The detachment's serious crime unit is investigating and the integrated forensic identification section has been called into assist.

“Our thoughts go out to the family and friends of the victim,” Cpl. Jennifer Cooper added in a statement.

No arrests have been made and the victim's name has not been released.

Investigators would like to speak with anyone who may have witnessed some unusual activity in the area - the 1300 block of Porter and the 2100 block of Oak - on Tuesday morning, particularly between 9 a.m. and 11:30 a.m.

They are also asking anyone who has video surveillance or dash cam footage from that time and have not yet spoken with police to contact Prince George RCMP at 250-561-3300 to speak with an investigator and to quote police file number 2022-2957.

Tips can also be left with Northern B.C. Crime Stoppers at 1-800-222-8477 or online at www.northernbccrimestoppers.ca.