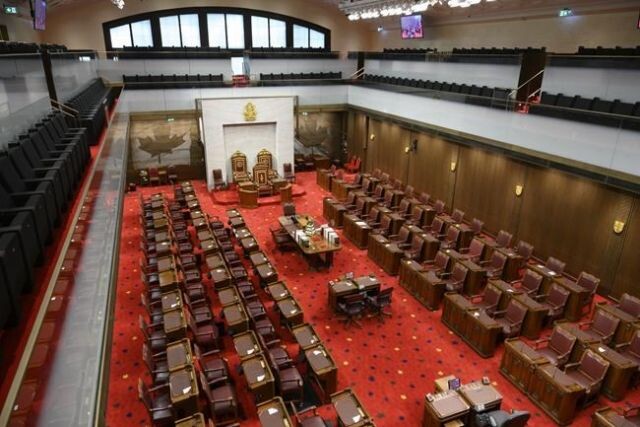 When the Reform Party was being established in the late 1980s, the concept of a “Triple-E” Senate of Canada (equal, elected and effective) was regarded as a laudable goal.

Western Canadians frequently voiced displeasure at the way in which the upper house was assembled. At the time, the Senate had 104 members. Two Atlantic provinces with a low overall population – New Brunswick and Nova Scotia – each had 10 seats. This compared poorly with the representation from each one of the four western provinces: six seats each.

The notion of prime ministers appointing political operatives, friends and backers to the upper house was also a point of contention before the 1992 Charlottetown accord referendum. There was no official process in place to allow Canadians an opportunity to have a say in who their senators would be.

When Research Co. and Glacier Media asked British Columbians about the upper house last month, the results outlined an extremely low level of awareness of its composition and their representatives, little consensus on what to do to move forward and a desire for direct participation in choosing the people who will be responsible for providing “a sober second thought” to the legislation passed by the House of Commons.

Retirements are one of the reasons for the confusion. One respondent mentioned Richard Neufeld, who was appointed to the Senate in January 2009 and reached the mandatory age of retirement in November 2019. Six respondents assumed that Nancy Greene Raine was still a senator, but she stepped down in May 2018. Two others wrote the name of Pat Carney, who has not been a member of the upper house since January 2008.

The British Columbians who “got it right” were more likely to volunteer the name of Larry Campbell as a current member of the Senate (18 mentions) than Bev Busson (six mentions), Yonah Martin (four mentions), Yuen Pau Woo (three mentions) and Mobina Jaffer (two mentions). It is clear that senators, who do not have to worry about campaigning, are not engaging with constituents as much as the members of the House of Commons.

The concept of a complete abolition of Canada’s Senate – which in the estimation of most scholars would require a constitutional amendment – is backed by 16% of British Columbians and climbs to 22% among men.

The status quo that has existed since Justin Trudeau became prime minister in 2015 – having a selection committee that would appoint non-partisan senators – is only pleasing to 13% of British Columbians. Fewer than one in 10 (7%) would go back to the previous process, where the prime minister appointed senators at his or her leisure. Almost a third (32%) are not sure about what course of action they would prefer.

In spite of the commotion that a re-imagination of Canada’s Senate presents, British Columbians would not avoid an opportunity to go to the ballot box and select the person who would take over from Neufeld.

In our survey, 58% of the province’s residents agree with holding a non-binding election, similar to the ones that have taken place in Alberta, to choose nominees to the Senate. Support for this idea is highest among men (61%), British Columbians aged 18 to 34 (65%) and residents of northern B.C. (69%).

It is important to note that only 11% of the province’s residents disagree with casting a ballot for a nominee to the Senate, while just over three in 10 (31%) are not sure. A significant proportion of British Columbians do not care about the present of the Senate and have no opinion about its future. The constant calls for change in the upper house that dominated the airwaves in the late 1980s and early 1990s have disappeared. At this point, the activities of senators are not making British Columbians angry enough to care.

Results are based on an online study conducted from December 21 to December 23, 2021, among 800 adults in British Columbia. The data has been statistically weighted according to Canadian census figures for age, gender and region. The margin of error, which measures sample variability, is plus or minus 3.5 percentage points, 19 times out of 20.