“It is so disheartening that someone could come in and just steal something from someone’s final resting place,” said Family Service Manager of BC Interior, Vanessa Burma.

“This is somebody’s closure, it’s that last memorialization of their loved one.”

Kelowna RCMP responded to a complaint of a theft from the cemetery on Dry Valley Road on Jan. 21.

Police say the theft occurred between Jan. 17 and 19, when 11 large bronze memory boards and 80 small memorial plates were stolen.

The large boards range from three-by-two feet to three-by-four feet in size and are valued at $20,000 each.

The small plates are four-by-three inches and were name plates of persons deceased and these were affixed to the large boards.

“This theft shows a clear lack of respect to the family of the deceased and I am disheartened to share such a release with the public,” said Cpl. Tammy Lobb Media Relations Officer for the Kelowna Regional Detachment.

“We encourage anyone who has information about this theft to come forward so the person responsible can be held accountable.”

Over the summer, the cemetery replaced the plaques that were stolen in July of 2019, and Burma says they received those plaques a year after they were stolen and replaced them this year to try to prevent it from recurring.

Burma says the cemetery plans to replace the stolen plaques, however she says it will be costly and take some time before they’re back up again.

“With this one, people are going to have to be patient, it is going to take us some time, we will be upping our security at the cemetery to make sure this does not continue on, which means limited access to the cemetery at different entrances, that kind of thing” said Burma.

“It’s going to take us some time to recoup these costs.” 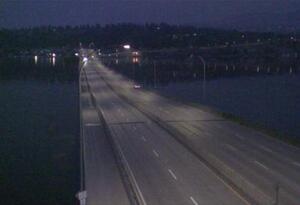