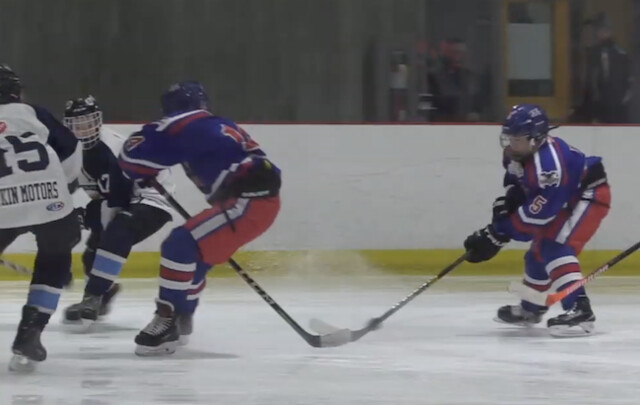 For the second year in a row, COVID restrictions have cancelled a popular hockey tournament.

Organizers of the 50th annual Coca Cola Classic Vernon Winter Carnival Peewee Hockey Tournament said they had no choice but to cancel the event.

Tournament committee co-chairperson Keith Green said with the current restrictions on tournaments extended to Feb. 16, the team was left with no other option.

Green said the tournament was handed over to the host, Vernon Watkin Motors Mustangs, but in the end it was not feasible to put on a tourney of any sort.

“We certainly wanted some semblance of a tournament to run, especially for the second year peewee players who did not get a tournament last year,” Green said.

"This is an unfortunate situation that a whole year of kids missed the peewee tournament but there were too many restrictions to make that happen.”

Fellow co-chairperson Jaron Chasca said under the current restrictions, they would not be able to hold the banquet, dance, team meetings, team host room and the silent auction, leaving the tournament a shadow of what it used to be.

“We looked at ways outside the box to make it work and none of it really produced options that we could work with,” Chasca said.

“We do it to raise money so we can give back to the community and we just felt that we weren't going to be able to put it on and at the same time make the money that we would donate.”

Green and Chasca said they hope the 50th tournament can be held in 2023.

The tournament is held in conjunction with the Vernon Winter Carnival and has some famous alumni including Brent Gilchrist, Rudy Poeschek, Brent Gilchrist, Troy Mick, Jason Podollan, Andrew Ebbett and Curtis Lazar.