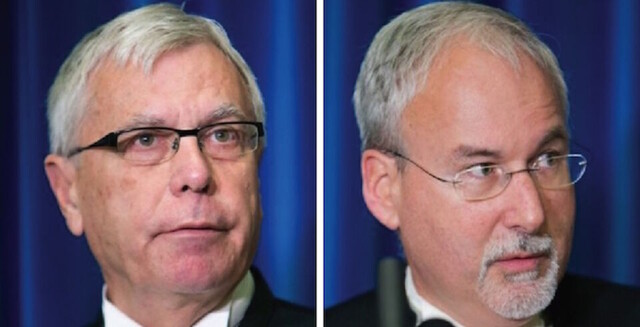 A special prosecutor says the former clerk of the British Columbia legislature claimed expenses ranging from malt whisky to cufflinks on the public purse.

Brock Martland alleged in B.C. Supreme Court today that Craig James made the purchases during a visit to the United Kingdom in 2013 and filed them as work expenses.

James has pleaded not guilty to two counts of fraud over $5,000 and three counts of breach of trust by a public officer.

Court has heard that the allegations relate to a $258,000 retirement allowance, a wood splitter and trailer, and travel expenses over the course of James's tenure as clerk from 2011 until he was placed on leave in 2018.

The clerk is the senior officer of the house, responsible for advising the Speaker on parliamentary procedure and performing the key administrative functions of the legislature.

During a visit to one retailer in the U.K., court heard that James filed a receipt for the equivalent of more than $2,000 to cover two pairs of shoes, four sets of cufflinks and one tricorn hat, but only one pair of shoes and one set of cufflinks are the subject of the indictment.