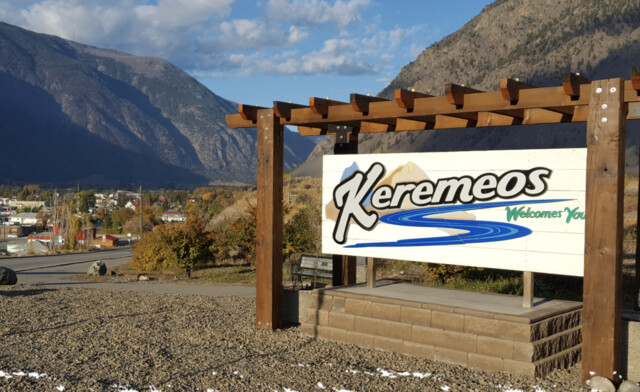 A 41-year-old man attacked Village of Keremeos employees with a sledgehammer and a knife in a violent incident Monday morning at the local municipal office.

Urquhart is alleged to have entered the village office wielding the weapons shortly before 11 a.m. Jan. 24, where he damaged property and assaulted multiple employees.

An employee who escaped from the building was followed by Urquhart, who continued to yell and assault the employee.

When police arrived, they were able to arrest Urquhart, after he first resisted arrest and assaulted an officer.

"Police do not believe that Urquhart was working with anyone else, nor that this was orchestrated or endorsed by any type of protest to current events," reads a statement from RCMP issued Tuesday.

Anyone with any additional information to this incident are asked to contact the Keremeos RCMP at 250-499-5511.

South Okanagan RCMP Supt. Brian Hunter says a media release is being prepared with regard to this incident.

Castanet will provide the update when it comes.

The Village of Keremeos municipal office is closed for a few days due to a police incident Monday.

Village CAO Marg Coulson confirmed the incident to Castanet Monday, but due to the matter being in the hands of RCMP, she could not comment further on its nature.

"The municipal office is closed except to urgent service requests for the time being," Coulson said.

Chatter on local social media indicates the incident occurred Monday morning and may have involved weapons; however, RCMP have yet to respond to requests for comment to confirm facts.