"Visibility may be significantly and suddenly reduced to near zero," says Environment Canada. 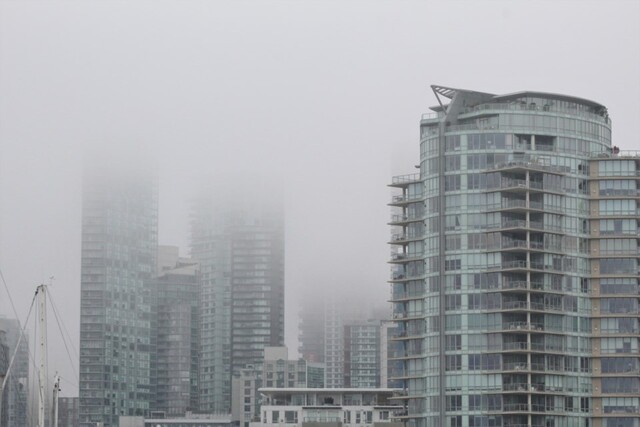 For the next 24 hours Vancouver may seem a bit more mysterious than usual.

That's because a lot of fog is rolling through.

"Atmospheric conditions are favourable for the redevelopment of dense fog across Metro Vancouver and the western and central Fraser Valley," states Environment Canada.

Heavy fog first showed up Sunday morning and hasn't shown any signs of leaving. Environment Canada says areas from Vancouver Island to the Fraser Valley will be affected by the heavy fog. In Vancouver, it's expected to lessen through Sunday and then thicken again overnight. Monday will start off with heavy fog, which will last into the afternoon.

"Visibility may be significantly and suddenly reduced to near zero," cautions Environment Canada. "Travel is expected to be hazardous due to reduced visibility in some locations. If visibility is reduced while driving, slow down, watch for tail lights ahead and be prepared to stop."