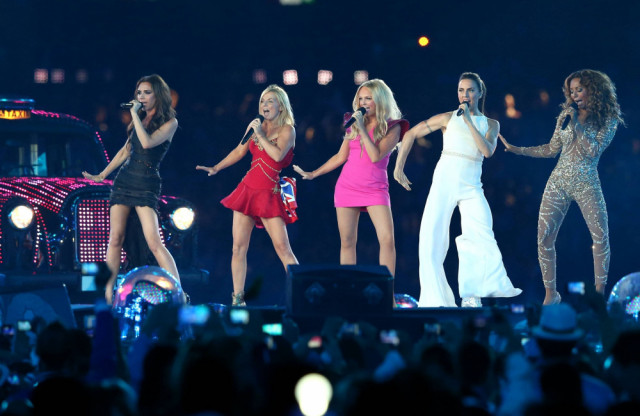 The Spice Girls are set to be reunited at Brooklyn Beckham's wedding.

The 22-year-old star is poised to marry actress Nicola Peltz in Florida in April, and Victoria Beckham has invited her former bandmates - Mel B, Melanie C, Emma Bunton and Geri Horner - to the lavish event.

A source told The Sun on Sunday newspaper: "It was a lovely invitation and the girls are all excited to attend.

"It will be the first time they have all been together socially for some time, so they are looking forward to the chance to really catch up.

"While Nicola has opted to wear two Valentino dresses on the big day, they will have their pick of Victoria Beckham dresses if they like."

The iconic pop group reunited for a series of shows in 2019, and Melanie admitted she's keen for another reunion to take place in the coming years.

She shared: "This has to happen. We talk about it constantly. We did the shows in 2019, the plan was to continue on.

"Of course, the world has been in such turmoil, but the plan beyond this is to get out there when it's safe, when we can do it. What's tough is there's so many artists that want to get out there, and there's only so many venues, so we're all kind of queuing up going, 'I want to! I want to!'"

Melanie starred alongside Mel B, Emma and Geri for the comeback shows in 2019.

And the pop star revealed she's also been "chipping away" at Victoria to join them on stage, after she previously opted out of the reunion tour.

She said: "We would love to have her back onstage. In all honesty, I think it's gonna happen. At some point, I think Posh Spice will be back onstage."