Got a flat? Penticton Fountain Tire will do a free repair in exchange for a donation to their monthly charity choice 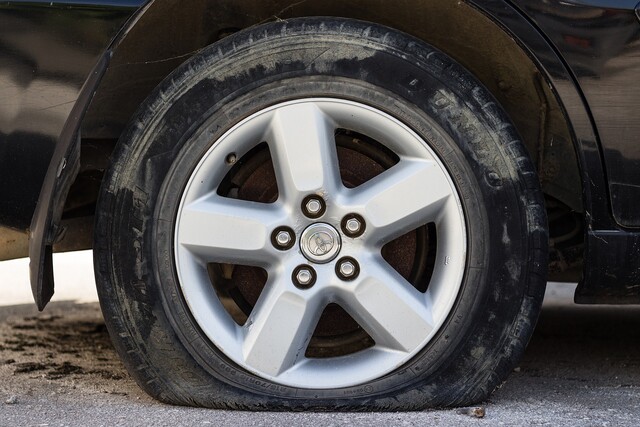 A Penticton tire shop is using their resources to help the local community and charities in the process, offering up free repairs on flat tire on personal vehicles in exchange for a donation to their monthly charity choice.

Fountain Tire Owner Chuck Thompson explained that it actually was an idea that came from his oldest son and they've been running the campaign since August of 2021.

"It's been working very well. It's just a way that we can kind of give back and in our hopes, build a stronger sense of community," he said.

The first month the shop had chosen BC wildfires. In September it was South Okanagan Similkameen Brain Injury Society, followed by the OSNS Child & Youth Development Centre in October and the Legion in November for Remembrance Day.

"We've doubled up on the food bank for this month again, just because we figured December and January are pretty hard on the food bank so they get pretty low after Christmas. We're just trying to make sure to help out a little extra and then next month we're looking at to Keep the Cold Off," Thompson added.

Once the shop does the flat repair, Thompson pays for his workers wages, along with paying for the materials used to patch it.

"We just tell the customer that in lieu of paying for the flat repair if they would like to make a donation to the charity of cause for that month, then we will make sure 100 per cent of that donation goes towards that charity," he added.

"It feels great to give back like this. There's obviously expense out of our pocket, but we try to help out in any way we can."

Suggestion are welcomed from the community of a charity that they feel is very deserving.

"We would be interested in hearing of it. We're trying to go through in every month of the year picking a charity now."