Breaks can be more beneficial than powering through a task 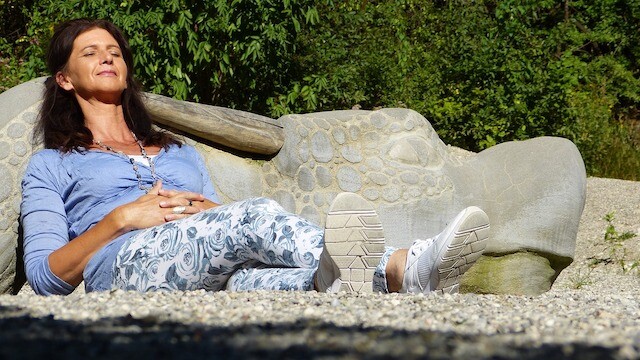 Because the end of my week was going to be quite busy, I wanted to get my column written on Wednesday.

I came up with an idea for it, did some research, and then sat down to write. That’s when things got tricky. I must have started my column a dozen different ways, but nothing flowed or seemed to convey the message I wanted to put forward.

I finally gave up and decided I’d go back to it the next morning.

As is often the case when I wait and sit in front of my computer the next day, words and thoughts flowed eagerly through my fingers. It’s a strange phenomenon but taking a break can often be beneficial when you’re trying to complete a task.

This is a very different approach to the one I used to adhere to.

Not that many years ago, I’d force myself to power through a challenge, rather than stepping away from it for a while. I thought I wouldn’t be able to sleep if I didn’t cross the troublesome task off my list.

It turns out the opposite is true. You may be sleeping, vegging or daydreaming, but your brain is still busy. There’s evidence to show that during these times, your brain reviews what it has learned or worked on and then ingrains it into your mind.

When I was learning to play tennis, a shot I struggled with during one lesson was suddenly possible the next time I stepped onto the court. Without realizing it, my mind had continued to work on the skill. It reviewed and processed without me even realizing it was happening.

This illustrates why I often tell myself and others to sleep on tough decisions or to come back to a challenging task the next day. It’s valuable advice that’s helped me countless times over the years.

Instead of refusing to stop, I now listen to my brain and my body. If they’re telling me they’re tired, I pay attention. You don’t have to wait until you’ve hit a wall before you give yourself a break.

Psychologists have found many benefits from building regular pauses into your day. These include improving your mood and performance. There’s even some evidence that suggests morning breaks are more valuable than afternoon ones.

The human brain isn’t designed to focus on one task for long periods of time.

Our ancient ancestors would have been in trouble if they only watched for predators approaching from one direction. Their survival depended on being able to concentrate on a wide variety of things simultaneously.

So, what should we do when you’re required to concentrate on something for a prolonged period? Take a break from time to time.

In a study from George Mason University in Fairfax, Virginia, university students were given a test that required them to monitor maps of railway lines on a screen. The task involved staying focused for the length of the exam. Half of the students were given a five-minute break halfway through. Then the subjects were randomly assigned an activity to perform.

They were asked to:

• Choose between listening to music or watching a music video

• Do an activity of their choice, as long as they didn’t leave the room.

The results showed it didn’t matter how they spent their five-minutes, all the students in the break group performed better than the ones who hadn’t been given this opportunity.

Taking a break can be a struggle for some people. There’s a common belief that working through your lunch or powering through your day, regardless of how tired you are, means you’ll get more done. This is unlikely to be true.

The next time you feel your energy and concentration dip, try taking a different approach. Instead of hunkering down and pushing harder to get the job done, take a break. It doesn’t have to be a long one, although length, frequency and duration all vary from person to person.

Try doing something different to the task you’re taking a pause from. If you’re working alone, have a five-minute conversation with a colleague. If it’s a team project, sit quietly listening to music.

Taking a break from your taxes, to work on somebody else’s, is unlikely to give you the rejuvenation you’re looking for.

Taking a break is never a waste of time. Not only will it restore your energy in the short-term, but it can also help prevent burnout further down the road.

Maybe it’s time to be more like a Kit Kat and have a break.