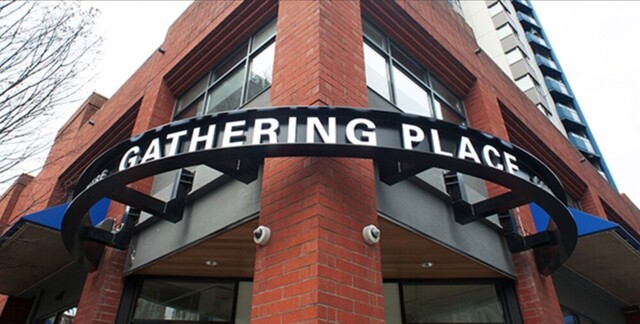 A man who brandished a syringe at security guards at a Vancouver centre for disadvantaged people will serve one day in jail after pleading guilty to assault with a weapon.

Vancouver Provincial Court Judge Donna Senniw heard Jan. 21 that Dwayne Elie Desmarais, 49, was asked to leave a shower area at The Gathering Place at 649 Helmcken Street after being told the centre was closed.

When he would not leave, two security guards arrived.

Crown prosecutor Gloria Ng told the judge that Desmarais then pulled a syringe from a bag and began motioning with it toward the guards.

Shortly after, police arrived and Desmarais was arrested.

Ng said the three days Desmarais already spent in jail will give him a five-day credit on his sentence.

The judge noted Desmarais does not remember the incident and could not mount a defence.

Desmarais, an Indigenous man from a Saskatchewan First Nation, was given various conditions, including no contact with the guards and no possession of weapons, except for a knife he uses to do carvings.

“He is selling art through his gallery,” defence lawyer Susan Daniells said. “He does need a knife for the carving that he does.”

Daniells said a number of Desmarais’ family members went through residential schools, he was in multiple foster homes, has been informally diagnosed with post-traumatic stress disorder and was the victim of a kidnapping in which he was severely beaten.

“He does struggle with addiction,” Daniells said.