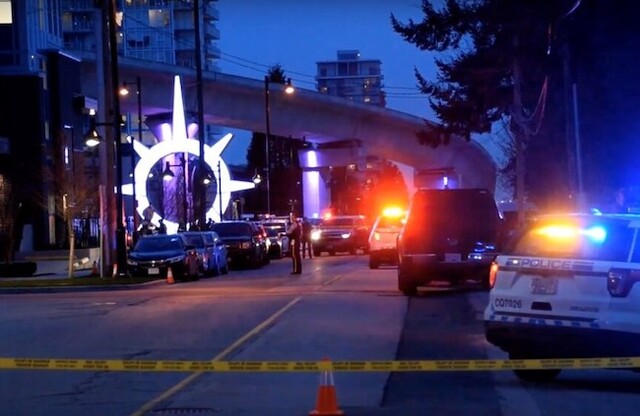 Gun and gang-related deaths in B.C. have slowed down due to co-ordinated police action, say senior provincial RCMP officers.

According to RCMP Chief Supt. Ghalib Bhayani and Supt. Duncan Pound, many of the RCMP's 13 detachments and their five integrated teams and local police departments have beefed up or expanded anti-gang enforcement teams with a focus on suppression efforts. This has included targeted enforcement, increased patrols and shared intelligence.

"Whenever shootings happen, regardless of where they take place, one of our greatest fears is that someone has been injured or killed," Pound said. "In years past, including last year, we have seen spikes of gang-related violence impact communities around British Columbia."

Incidents related to the Lower Mainland gang conflict in 2021, in particular, led the Combined Forces Special Enforcement Unit of British Columbia and other agencies to up their discussion of coordinated and collaborative efforts.

"Thankfully, as a result of our collective efforts, help from the public, and those involved choosing to not to engage in high levels of violence, the number of incidents slowed as the year went on," Pound said.

The officers made their comments in the wake of recent Langley, Coquitlam and Surrey shootings.

Julian Moya Cardenas, 18, died after being shot on Jan. 7 in a Langley shopping plaza parkade. Another man was injured in the same shooting. He was known to the police.

A week later, a shooting outside a Coquitlam pub sent one man to hospital for surgery and two bystanders were injured. Police said the investigative theory was that the shooting was not random.

On Jan. 18, Surrey RCMP responded to a possible shooting at a residence. One man was hospitalized and a suspect was arrested.

And, on Jan. 19, two people were shot at a Surrey warming centre. Police said the shooting was targeted but didn't believe it was connected to organized crime.

"Early indications are that in the three most recent shootings in Langley, Coquitlam and Surrey where one person lost their life and innocent bystanders were injured all initially appear connected to street-level drug trafficking," Pound said.

Still, he added, none appear to be related to each other or Lower Mainland gang conflict,.

"Unfortunately, what we are experiencing now is an evolution, in that we are seeing street-level criminals in what looks like interpersonal conflicts creating violence on our streets," Bhayani said.

But, he added, that since the 2013 inception of the Integrated Homicide Investigation Team, about 33 per cent of all homicide investigations have a nexus to organized crime."

"These uniformed teams continue suppression efforts through targeted enforcement, increased patrols and shared intelligence," Bhayani said. "The result is, we've been able to mitigate the number of violent acts down from what we were seeing last spring and summer."
There are currently multiple allegedly gang-related homicide cases before B.C. Courts.