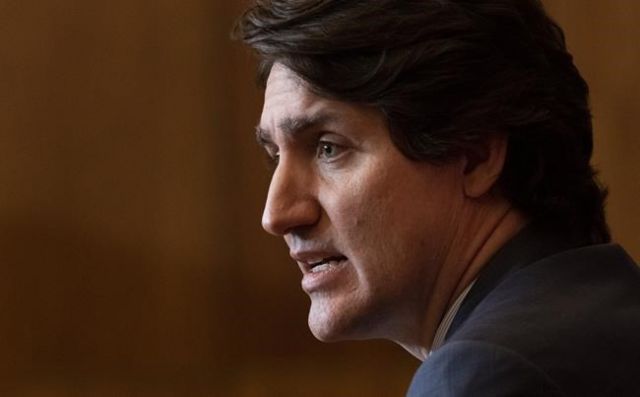 Canada is giving Ukraine a $120-million loan to help bolster its economy and aid as it faces a hostile buildup of Russian forces on its borders.

Prime Minister Justin Trudeau announced the loan Friday, saying he was answering a request from the Ukrainian government for support.

Trudeau has yet to say whether Canada will provide weapons to Ukrainian forces, impose further sanctions on Russia or extend the Canadian military training mission of Ukrainian forces beyond its expiry date at the end of March.

Foreign Affairs Minister Mélanie Joly visited Ukraine this past week, and also met with allies in France and the European Union in stops in Paris and Brussels.

"This loan will help support Ukraine's economic resilience. Minister Joly discussed it during her visit. We're also exploring other options to provide financial and other support," Trudeau said.

Trudeau said the loan was one of the "top things" Ukrainian officials asked for in their discussions with Joly this week.

"The conversations that our foreign minister had with Ukrainian officials, including the Ukrainian president, stress that we're happy to be there to reinforce the resilience and the strength of Ukraine's economy faced with Russian destabilization, including economic destabilization," said Trudeau.

Canadians of Ukrainian descent have expressed frustration that Joly travelled to Europe with nothing concrete to offer on sanctions, arming the Ukrainian military, or extending the Canadian military training mission.

Blinken told reporters after the meeting that there were no breakthroughs, but he said both sides have a clearer understanding of their positions.