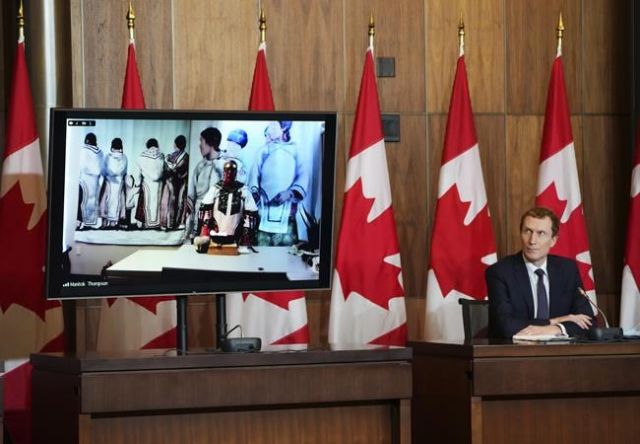 Canada's Crown-Indigenous Relations Minister Marc Miller says Ottawa has reached an agreement with the National Centre for Truth and Reconciliation to hand over more records on residential schools that Ottawa had been holding back.

The federal government says the agreement outlines how and when it will send the historical documents to the Winnipeg-based centre, will make them available to residential school survivors and work to preserve them.

Survivors and other Indigenous leaders have long called on the federal government to release remaining records that it had refused to fully disclose, citing legal reasons.

The demands grew louder last year after several First Nations announced ground-penetrating radar had located what are believed to be the remains of hundreds of children in unmarked graves on the sites of former residential schools.

Miller announced last month the federal government was reviewing the records in its possession to see what more it could release to help survivors.

He said at the time that it would begin by sending what are known as "school narratives," which are reports written by the federal government outlining key events at individual institutions.