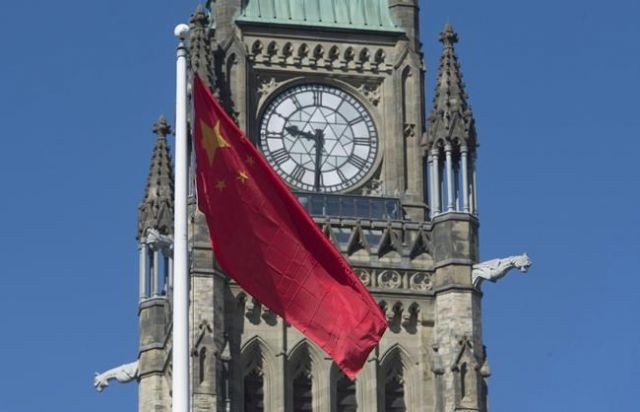 Photo: The Canadian Press
The Chinese flag flies on Parliament Hill in Ottawa, Wednesday June 1, 2016. A Chinese state-owned telecom firm is pressing for disclosure of federal information to help the company fight Ottawa's order that its Canadian affiliate be sold or shut down on national security grounds. THE CANADIAN PRESS/Adrian Wyld

A Chinese state-owned telecom firm is pressing for disclosure of federal information to help the company fight Ottawa's order that its Canadian subsidiary be sold or shut down on national security grounds.

During a Federal Court hearing Wednesday, a government lawyer defended the move to shield the records on the basis they are cabinet confidences.

After listening to arguments from the government and China Mobile, the court reserved judgment on the matter until a later date.

One year ago, the federal government informed China Mobile International Canada of a review, saying the business could be leveraged by the Chinese state "for non-commercial purposes, such as the compromise of critical infrastructure and foreign interference, to the detriment of Canada’s national security."

Last August, the Liberal government directed parent firm China Mobile to either sell or wind up the Canadian business.

CMI Canada argues Ottawa could not reasonably have concluded, based on the information available, that the investment would be harmful to Canada's national security.

The company, established in 2015, has offered mobile communication services, including pre-paid call plans, but does not itself own or operate any telecommunications network facilities. Instead, it has partnered with Telus Communications Inc. for provision of wireless services through the Telus network.

CMI Canada says it does not own nor operate any transmission facilities in Canada, lacks privileged or direct access to any critical infrastructure, and does not have access to any sensitive telecommunications data or personal information, other than basic contact details.

The company wants the court to quash the federal decision that it must sell or cease operations. In the alternative, it would like the matter sent back to the government for reconsideration.

The company says that as part of the fight to overturn Ottawa's decision, it is entitled to see various internal federal documents created in the lead-up to the government order.

It is seeking a court order that the government disclose all federal materials relevant to the August 2021 order, notably the investigative files of investment review officials and ministerial staff concerning CMI Canada.

The company also wants such files documenting federal communications with other federal officials and third parties, as well as the resulting findings and recommendations.

Interim Privy Council Clerk Janice Charette has signed a certificate declaring a range of material related to the case to be cabinet confidences beyond the reach of the proceedings.

In a written submission to the court, CMI Canada says the privilege claim asserted in the certificate is overbroad and "an abuse of the Clerk’s discretion," covering records that could not possibly constitute cabinet communications, including, for example, notes of interviews between investment review officials and third parties.

"We are not looking for information or evidence about the deliberations that happened in the cabinet room when they were deciding what to do in this case," Erica Baron, a lawyer for CMI Canada, told the court.

"What is sought is the evidentiary record upon which that decision was made." 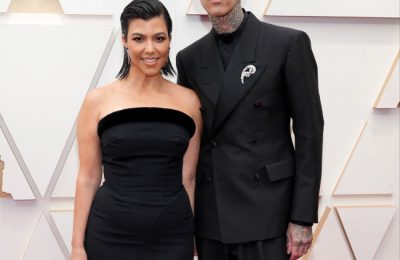