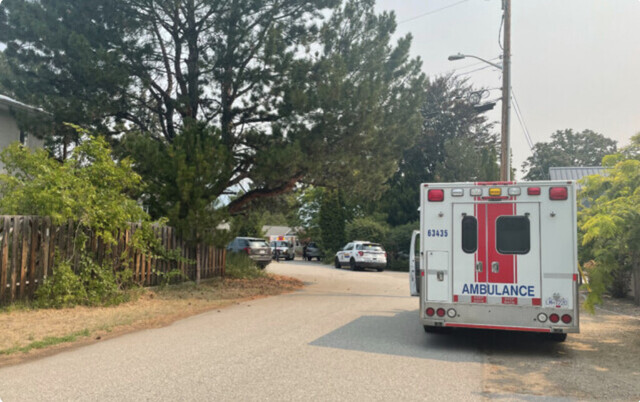 Photo: Casey Richardson
An ambulance waits at a Summerland boat launch where a man was taken from the water after a Seadoo crash in August 2021.

B.C.'s police watchdog has cleared an off-duty cop of any criminal wrongdoing in connection to a Seadoo crash that left one man dead last summer on Okanagan Lake.

An official report issued Wednesday by Independent Investigations Office chief civilian director Ronald MacDonald found the unnamed police officer involved did not commit any offence, and as such, the matter will not be referred to Crown counsel for consideration of charges.

The police officer's friend, named in the report as "AP for "affected person," swerved suddenly, and was hit by the officer's watercraft.

AP was unconscious and face down, and despite the officer's efforts to revive him at the scene, was pronounced dead after surgery at the hospital. The cause of death was blunt force trauma.

The report further notes that no sign of intoxication was found in either the officer or AP.

"There is no reason to conclude that any negligence or improper operation was involved, and no fault or blame can be attached to [the officer] for what was, in fact, simply a very unfortunate accident."