Why are Canadian babies getting smaller?

Babies are getting smaller 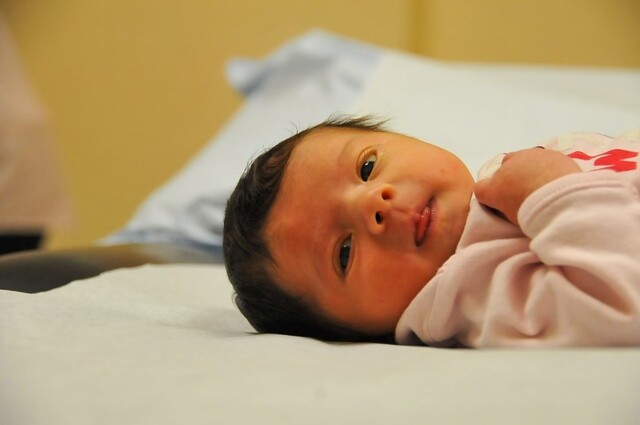 Photo: STEFAN LABBE
Elizabeth Ten sees an obstetrician with her mother at a Port Coquitlam, B.C., clinic open to patients left behind because of the COVID-19 pandemic. Across Canada, there is a rising number of babies born smaller than expected.

New evidence from Canada shows newborn babies are getting smaller in a trend echoed across several countries — but why?

That’s the question Statistics Canada set out to answer in a study published Wednesday after they tracked an unexplained rise in the number of babies born smaller than expected for their gestational age.

The national statistics agency examined the country’s vital statistics database to track changes in birth weight for the nearly six million babies born between 2000 and 2016.

They found that over the 16-year period, the mean birth weight dropped 75 grams as the number of babies born small for their gestational age (SGA) climbed from 7.2 to 8 per cent of the total.

SGA babies face higher risks of neonatal complications like jaundice, feeding difficulties, late-onset sepsis, pulmonary haemorrhage and even infant death. Over the course of their life, these babies are also at a higher risk of impaired neuro-development, psychological or emotional distress, and non-communicable diseases.

Part of the trend can be attributed to systemic inequalities and changing demographics, said the authors of the Statistics Canada study.

Small-for-gestational-age babies were found to be more common among parents born outside of Canada, older mothers, unmarried women, first-time mothers or those who have given birth to a stillborn baby, and women living in low-income neighbourhoods.

But there remain many unknowns.

The rise in smaller babies bucks trends seen in many other jurisdictions around the world — in many places birth weight over time has increased, and many other countries, such as England, Wales and China, report a decrease in the number of SGA babies.

Even in Canada, between 1978 and 1996, babies got bigger — likely due to a reduction in the number of smokers and other social and demographic changes.

But more recent evidence suggests this trend may have reversed, says Statistics Canada. The United States, Japan and Germany have all shown evidence of babies getting smaller.

One recent U.S. study found SGA births climbed nearly 30 per cent between 2002 and 2011. Drops in mean birth weight have been partly explained by more mothers and doctors inducing labour. But this doesn’t explain why there are more SGA babies.

Studies in Canada have found similar though less extreme changes. At a provincial level, Alberta and Ontario were found to have among the highest number of SGA babies, whereas Quebec and B.C. fell below the Canadian average.

In the end, the researchers found a rise in parents born outside of Canada, delayed childbirth, first-time mothers, and changes in neighbourhood income only partly explained why babies in Canada got smaller.

In looking to explain the trend towards smaller babies, the researchers looked at the rise in assisted reproductive technology but found its impact was modest.

The rise in obesity — in Ontario, climbing from under six per cent to over 18 per cent between 1985 and 2011 — also doesn’t explain the rise in SGA babies. Obese parents would have likely led to larger children, write the StatsCan authors.

What happened between 2008 and 2016 that caused babies to get smaller, speculated the researchers. Could money explain it? Was it the 2008 financial crisis?

The researchers could not say for sure.

“The reasons for this rise are unclear,” wrote the authors.

Whatever the cause, “these results could be of potential concern,” said the StatsCan authors.

What is certain — the rise in smaller babies means long-term health and economic consequences for thousands of Canadians.