Poitier's cause of death 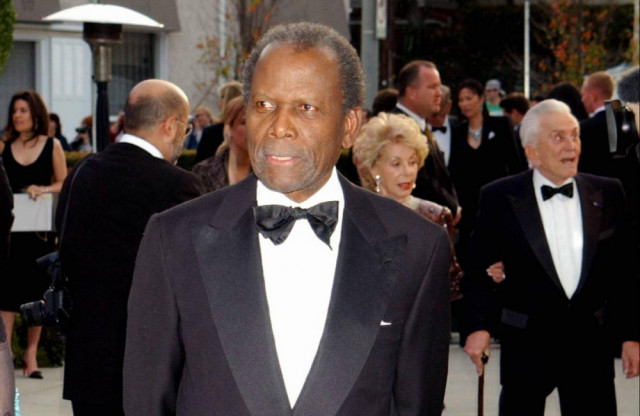 The iconic actor passed away at his home in Beverly Hills on January 6, at the age of 94, and his cause of death has now been revealed.

The official death certificate - which has been obtained by TMZ - also confirmed his occupation.

Sidney was the first black winner of the Best Actor Oscar for his work on 'Lilies of the Field', and his death was announced by Fred Mitchell, the Minister of Foreign Affairs in the Bahamas.

He said at the time: "We've lost a great a Bahamian and I've lost a personal friend."

However, a cause of death was not revealed at the time.

Sidney grew up in the Bahamas but was granted US citizenship after being born unexpectedly in Miami while his parents were visiting the US. He relocated to America when he was 15, landing his first movie role in 1955's 'Blackboard Jungle'.

He was first nominated for an Oscar in 1958 for 'The Defiant Ones' and made history with his win six years later.

Since his passing, a host of big-name stars have paid tribute to the late actor.

Will Smith recently hailed Sidney as a "true pioneer."

The 53-year-old actor took to Instagram to pay a heartfelt tribute to the movie star.

Alongside some throwback photographs, Will - who is now one of the best-paid actors in Hollywood - wrote: "An icon, legend, visionary, and true pioneer. Thank you Sidney Poitier for breaking down barriers, creating the path and making it possible for there to be a Will Smith!

"Your legacy is eternal. Rest In Power."

He said in a statement: "It was a privilege to call Sidney Poitier my friend. He was a gentle man and opened doors for all of us that had been closed for years. God bless him and his family."