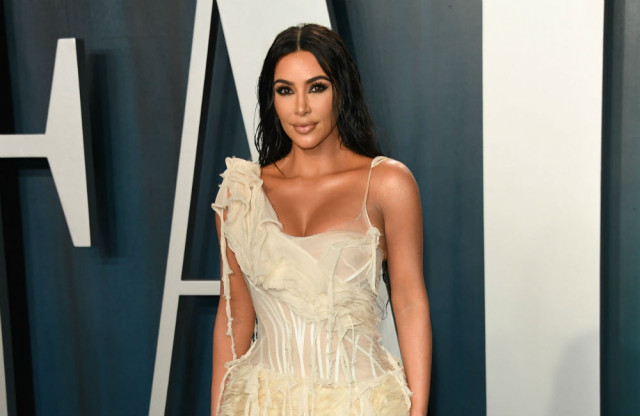 Kim Kardashian West has been "overwhelmed and upset" by Kanye West's recent antics.

The 41-year-old star - who has North, eight, Saint, six, Chicago, four, and Psalm, two, with Kanye - is trying to focus on parenting, but she's been bothered by her estranged husband's behavior.

A source explained: "Kim has been overwhelmed and upset by Kanye's recent interviews and antics."

The brunette beauty is keen to maintain a good relationship with the rap star for the sake of her children.

The insider told 'Entertainment Tonight': "Kim's main priority has always been their children. Her goal has always been to have a healthy co-parenting relationship with Kanye, where both of them are involved."

Kim wants her kids to have the kind of relationship that she had with her own dad, Robert Kardashian, after his split from Kris Jenner.

The source said: "Kim had an incredible relationship with her dad, even after her parents got divorced, and she wants that for her kids too.

"Kim has just been trying to put a structured plan in place so that her children can feel safe, secure, protected, and loved by the both of them."

Earlier this month, Kanye claimed he'd been stopped from picking up and dropping off his kids at Kim's home.

The 'Stronger' hitmaker said that Kim's security stopped him from entering her property as he went to meet his children.

He shared: "When I went to go pick my kids up from school, the security stopped me at the gate. So at that point, security was in between me and my children and that's what was not going to happen.