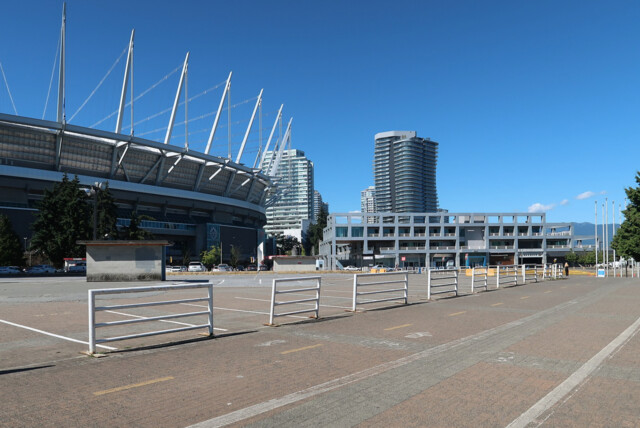 B.C.’s Court of Appeals has ruled against developer Concord Pacific in its contentious legal battle with a Singaporean magnate over the development of former Expo lands (also known as the Plaza of Nations).

In a decision released this morning, two of the three judges presiding over Concord Pacific’s appeal – that the original trial judge, Justice Peter Voith, erred in ruling in favour of Oei Hong Leong in Oei’s decision to back out of a 2015 “Heads of Agreement” to jointly develop Plaza of Nations – sided with the Singaporean businessman in deciding to dismiss the appeal.

Concord Pacific had argued that the “Heads” was a legally binding and enforceable contract, and thus Oei cannot back out of the deal without committing a legal breach. However, in his portion of the decision to dismiss the appeal, Justice David C. Harris said Voith’s original decision “are findings of fact or mixed fact and law” and “are rooted in the evidence.”

“The appellant [Concord Pacific]... asserts the judge [Voith] failed to apply properly the principle that a court should make every effort to give effect to an agreement when the parties have evinced an objective and common intention to enter a binding contract.,” Harris wrote in his decision.

In her dissent reasons, Stromberg-Stein said she would have allowed Concord’s appeal and remitted the case back to trials court for the assessment of damages – because she found the Heads to be an enforceable agreement.

“I am of the view the judge made two distinct but related extricable errors of law,” Stromberg-Stein said. “First, he failed to adhere to the principle that courts should make every effort to give effect to the agreement that the parties created for themselves. Second, he failed to give effect to this principle by erring in the method of his search for essential terms.”

In response to the decision, Concord Pacific and Oei both issued interpretations that are drastically different from one another in their stance. Concord Pacific's attorneys said the "rare split decision" from the Court of Appeals - while disappointing for their side - does leave the developer with the choice of pursuing another appeal, this time with the Supreme Court of Canada.

That is something Concord Pacific intends on doing, said lawyer David Gruber of Bennett Jones LLP (and one of the developer's attorneys).

"Concord and Oei signed an agreement that states in writing that it is binding, and Concord paid Oei $10 million in cash which has not been returned to Concord," Gruber said adding in the statement that "in previous litigation in Singapore, Oei swore that the agreement with Concord was binding."

"Yet he claimed in B.C. that it was not binding and the trial court found the agreement was too uncertain to be binding," Concord Pacific's statement concluded.

Oei’s lawyers have indicated they expect this specific matter to be over in terms of legal proceedings, since they said the judgment “signals an end to the core” of the dispute.

"I am glad that this abuse of process against me by a mega Canadian developer is coming to an end," Oei said in a statement issued through his lawyers. "... The BC courts have upheld my integrity and for that I am grateful."

Voith’s original decision awarded $5 million in terms of special costs to Oei after rejecting Concord’s lawsuit against Oei for breach of contract. Oei purchased the Expo lands from Concord in 1989 when the developer was held by Hong Kong magnate Li Ka-shing.

Both sides presented rival plans to develop the site – one of the last remaining large parcels of land in downtown Vancouver that can be developed into a planned community – in years past. Oei’s representatives said in a statement that his plan is in the final stages of permitting at Vancouver City Hall.