$2B in weather damage 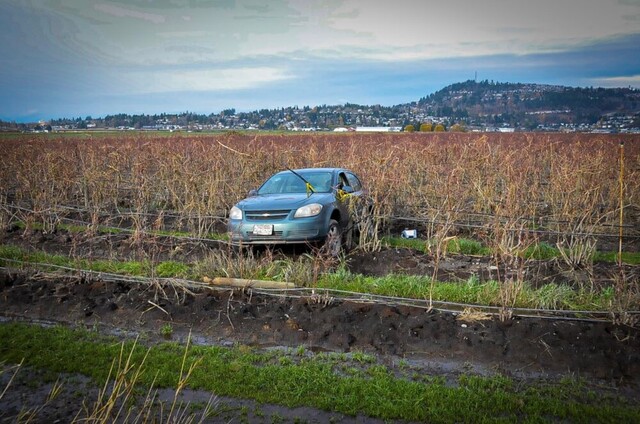 Severe weather led to $2.1 billion in insured damages in 2021, making it the sixth costliest year in Canada's history, says the Insurance Bureau of Canada (IBC).

In tallying the cost, the national insurance organization said climate change is already showing just how expensive a world-dominated catastrophe will be.

Last year, the most expensive single event occurred in November when an atmospheric river triggered widespread flooding across southern British Columbia and led to $515 million in claims.

That's up from the $450 million claimed as of Dec. 9, 2021, making last year's floods the costliest in B.C.'s history, according to Aaron Sutherland, IBC's vice-president for Canada's Pacific region.

"This is a fraction of the total cost," says Aaron Sutherland told Glacier Media last month.

"If you lived in these areas that have been impacted by these floods, insurance for your home would have been… either very expensive or the insurers just simply don't offer it because they can't make it affordable."

Not everybody who couldn't get flood insurance lost a home.

Before the floods hit Abbotsford, Danielle Majoor had moved out of her rented home in Sumas Prairie to Burnaby. In between houses, Majoor's family had stored about $75,000 worth of personal belongings in a storage container.

When the waters rose, she remembers feeling awful for friends and family in Abbotsford and Merritt but was under the impression her belongings were in storage in Langley.

Then she got a call — her container, along with that of roughly 120 other families and individuals, was in Sumas Prairie, where over a metre of water had swamped the storage facility.

"Our container was on the bottom level. We had probably about four to five feet of floodwater enter the container," she said.

Then she found out she didn't have and never qualified for overland flood insurance. All of the family's furniture and appliances were destroyed, and roughly 90 per cent of their belongings had to be thrown out because of mould.

Majoor was left with only a few sentimental items — Christmas ornaments stacked up high in a plastic container and a blanket her grandma knitted her when she was a little girl.

Ever since, the family has been seeking government relief. But because her home or business wasn't affected, Majoor says they have fallen into a bureaucratic crack.

"Initially, I was devastated thinking of all the things we lost, the memories. But in the back of my mind, I thought if we have insurance we can rebuild," said Majoor.

"But then all of that was stripped away. It's a hard pill to swallow for sure."

Not far behind November's floods, a July 2021 hailstorm in Calgary, Alta., caused $500 million in insured damage.

Neither event came anywhere near the $4 billion (adjusted for inflation) claimed in the wake of the 2016 Fort McMurray wildfire; to date, it's Canada's most costly insurance payout due to natural disaster.

But such catastrophic fires also obscure the long-term trends in insurance claims. That's because fire is always covered in insurance policies. Flood damage, meanwhile, requires homeowners to opt-in, and in many cases, they never get that option.

Added to insurable damages is the B.C. government's flood bill. It has yet to tally the full cost of disaster assistance relief and repairs to damaged infrastructure.

The federal government is currently working on a National Adaptation Strategy to help the country plan for the fallout from climate change.

IBC vice-president of federal affairs Craig Stewart said that plan "must propose measurable and concrete actions to protect Canadians by 2030," otherwise the fatalities, emotional turmoil and financial consequences will only get worse.

"Canada must now prioritize climate defence," he said in a written statement.

Describing $2 billion in yearly insured catastrophic losses l as "the new normal" for Canada, Craig said most of the cost comes from water-related damage.

By comparison, the period between 1983 and 2008 saw average annual insurance claims due to severe weather total $422 million.

The more than four-fold spike in average annual damage led the IBC and the federal government to launch a Task Force on Flood Insurance and Relocation in January.

The task force will look at low-cost residential flood insurance options for residents in high-risk areas. In some extreme cases, it will look at what's known as "managed retreat," or the relocation of residents in areas facing the highest risk of repeated flooding.

A final report on the task force findings is expected in the spring.