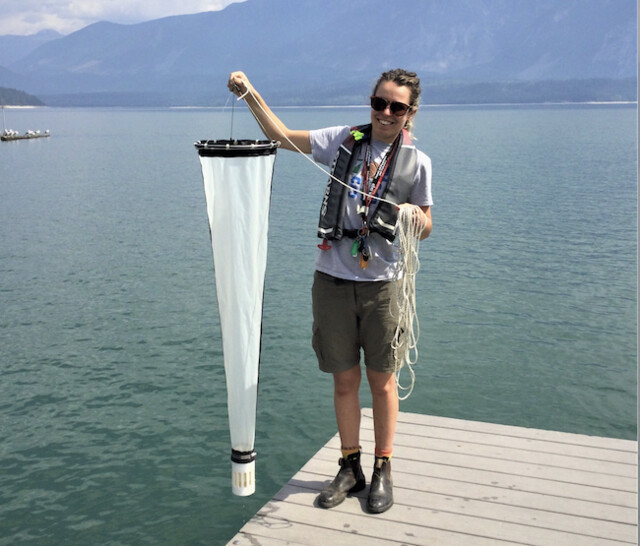 To date, invasive mussels have not been detected in any B.C. waterways – and numerous agencies are working to keep it that way.

Invasive species can be extremely damaging to the health of both the ecosystem and the economy.

At the top of the ‘most unwanted’ list are two aquatic invasive species: zebra and quagga mussels.

The Columbia Shuswap Invasive Species Society partners with the Ministry of Environment, Habitat Conservation Trust Foundation, and the Shuswap Watershed Council to monitor lakes in the upper Columbia and Shuswap watersheds for invasive mussels as part of the Provincial Invasive Mussel Defence Program.

The ministry reported 75 bodies of water were monitored throughout the season by various organizations, collecting 900 plankton samples, all of which showed no evidence of invasive mussels.

Samples from Mara Lake at Sicamous were positive for invasive clam larvae, a different invasive species which is already known to be present in the connected Shuswap Lake.

According to CSISS, if invasive mussels were to become established in a B.C. waterbody, “it would be extremely difficult to eradicate them and very costly to manage the negative impacts.”

Prevention is key. Transportation of mussel-fouled watercraft is a known way in which the species travel between water bodies.

During 2021, watercraft inspection stations were operational from early April to late October.

During summer outreach activities, CSISS staff observed boaters hauling their boats from the lake to see if they were removing their drain plug, as part of the process of cleaning, draining and drying their watercraft.

“Every single boater we observed removed their drain plug after hauling their boat out of the lake, which is a very encouraging sign that boaters are taking responsibility for helping to keep these beautiful lakes safe from invasive species,” said Sue Davies-McGill, aquatic co-ordinator at CSISS.

“To prevent the spread of invasive mussels into our lakes and rivers, ensure to clean, drain and dry your watercraft and equipment after every use.”