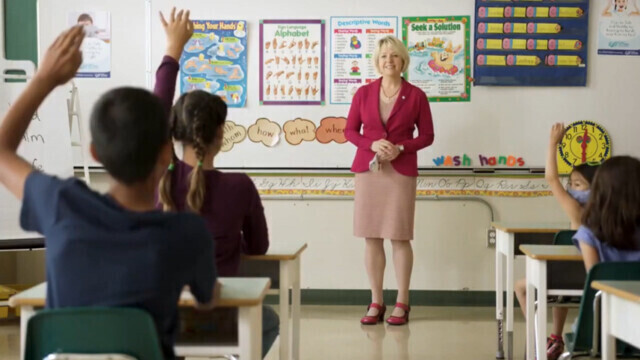 The order applies to all staff across B.C.’s public, independent and francophone schools, and includes sharing how many doses of vaccine a staff member has received and when they were vaccinated.

That information must be held in a way that does not reveal an individual’s identity. In the case of an outbreak or exposure, schools are now required to act as if staff who have not provided proof of vaccination are unvaccinated.

The BC Teachers’ Federation (BCTF), which represents 45,000 teachers across the province, responded swiftly to the new order, stating in a tweet it had not been consulted or notified the order was coming ahead of time.

“It is confusing as we have already agreed with (the BC Public School Employers' Association) to a vaccine mandate process and would like districts to implement those,” wrote the BCTF.

The order, which traces B.C.’s response to the COVID-19 pandemic, states that communities with low vaccination rates have seen more cases of serious illness and hospitalizations, including intensive care unit visits.

“People who are vaccinated can be infected with SARS-CoV-2, but experience less severity of illness than unvaccinated people, especially in younger populations,” states the order.

The situation, adds Henry in her order, has got worse over time, first with the arrival of Delta and now with Omicron. With hospitals “stretched beyond capacity,” primarily due to unvaccinated people, B.C.’s health-care system is spending a disproportionate amount of its resources on unvaccinated patients.

Last week, Henry pointed to BC Centre for Disease Control data that found unvaccinated people accounted for 47 per cent of all hospitalizations between Dec. 11 and Jan. 12 — a period roughly equivalent to the rise of the Omicron variant in B.C.

Despite the nearly 50-50 split, people who have received at least one dose of a COVID-19 vaccine account for over 82 per cent of B.C. residents — meaning they are landing in hospital at a much lower rate than the unvaccinated.

With roughly 350,000 B.C. children between five and 11 years old still waiting for a second dose of the Pfizer paediatric vaccine, Henry’s order says they are more at risk than some other demographics.

“Cases of COVID-19 among school staff members can contribute to clusters of infection and lead to the isolation of a large number of children who are identified as close contacts, adversely affecting their well-being by preventing them from attending school and other social activities,” wrote Henry in her order.

“Unvaccinated staff members pose a health hazard to students and other staff members due to the higher risk that they can transmit SARS-CoV-2 to others.”

By reporting the vaccination status of school staff members, the order says school administrators will be better able to mitigate risk and respond to school exposures, cases, clusters and outbreaks.

The order says there are “various options for establishing vaccine status, including in paper and online format.”

Henry said she has information to believe the Omicron variant is leading to an increasing number of infections across B.C., and that a lack in information provided to school boards and administrators of independent and francophone schools “interferes with the suppression of SARS-CoV-2.”

She added there is an “immediate and urgent need” to focus action on schools in some health regions across the province.

Failure to comply with the order would be considered an offence under B.C.’s Public Health Act.

The order has no expiry date and Henry could adjust it as she sees fit. B.C.'s top doc is set to hold a media availability on Tuesday, Jan. 18.