Scientists study trajectory of meteorite that landed in B.C. in October 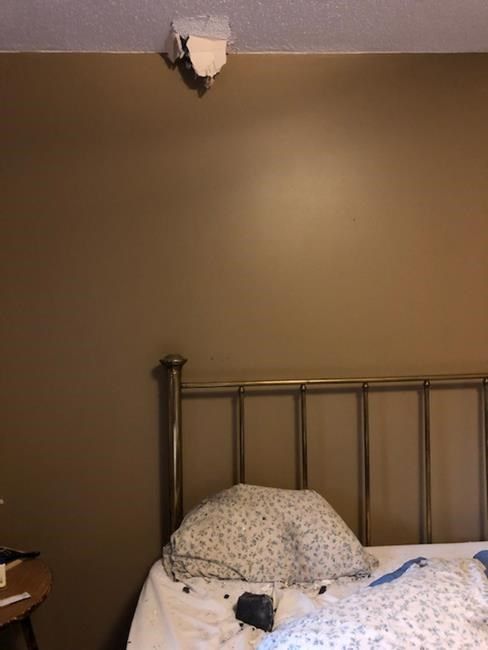 Photo: The Canadian Press
A meteorite is seen lying on a bed after falling through the roof of Ruth Hamilton's home in Golden.

Scientists studying a meteorite that landed next to a British Columbia woman's head last year say it was diverted to that path about 470 million years ago.

The small meteorite broke through a woman's ceiling in Golden, B.C., in October, landing on her pillow, next to where she had been sleeping moments earlier.

Philip McCausland, a lead researcher mapping the meteorite's journey, says they know the 4.5-billion-year-old rock collided with something about 470 million years ago, breaking into fragments and changing the trajectory of some of the pieces.

McCausland, who's a adjunct professor at University of Western Ontario in London, says it's of scientific significance because it will allow scientists to study how material from the asteroid belt arrives on earth.

He says the Canadian team is now working with scientists in Switzerland, the U.K., U.S. and Italy to learn more about the meteorite and its path to Golden.

Most of the meteorite has been returned to Ruth Hamilton, the woman who had the close call and McCausland says it's up to her to decide what to do with it.