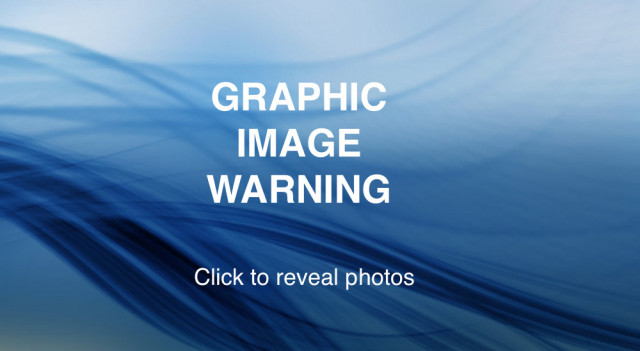 Thousands of dead pigs lying in massive piles were discovered at an organics processing facility outside of Princeton in December, causing concern from the local First Nation over possible impacts to the land and river.

Local governments in the Similkameen area are pulling their support for the facility after the discovery was made, finding the animals producing leachate that is flowing into the environment near the Similkameen River.

In a letter to Princeton Town Council on Monday, the Upper Similkameen Indian Band requested that the town send a formal letter rescinding their support and outlined the issues with the facility.

Net Zero Waste Eastgate is an industrial composting facility, which operates at the retired mushroom compost facility located on the Placer Forest Service Road approximately 50 kilometres southwest of Princeton, and adjacent to the Similkameen River.

“It’s like a horror movie,” said Robin Irwin, the natural resources director for the USIB. The band had been tipped off that there had been increased activity heading to the site, but they had no idea what was being dumped until they walked into the composting facility.

“A lot of the pigs that we witnessed in those massive piles were not on lined ground. And they were dumped in piles that were less than 100 meters from the banks of the Similkameen [River], and I mean thousands of pig carcasses.”

According to the letter sent to council, when the company was proposing expanding this site in 2019 the USIB, the RDOS and the Town of Princeton initially provided support letters in relation to an application to the Province of BC’s “Organics Infrastructure Program Funding."

The USIB explained that in late 2020, they rescinded their letter of support after being informed that the site may process bio-solids — stabilized municipal sewage sludge — which was not disclosed in their initial conversation with the facility.

“Our understanding is that the site received an authorization on April 1, 2020 from the BC Ministry of Environment, Environment Protection Division,” the USIB wrote.

On Dec. 8, 2021, the USIB received a report of increased traffic to the Net Zero Waste facility and increased material deposits, which they believe were related to overwhelming flooding in the Fraser Valley.

“I mean, it's pretty upsetting that they're using the Similkameen as sort of a dumping ground, or a disposal area for dead animals from the Abbotsford areas. It's just not something I think that anybody wants to see right now,” Irwin added.

“Along with the fact that this was an atrocious, heinous thing to witness, the smell is absolutely horrendous. Dead pigs, lying in huge piles not covered, not contained…the potential disease impact on the ecosystem and the challenges that the Similkameen is up against right now.”

A team of USIB Natural Resource Staff visited the site on Dec. 10, and were “alarmed to find what was estimated to be many thousands of deceased and decomposing pig carcasses.”

“In addition to the massive number of dead animals, we also found that leachate and contaminated water was flowing directly from the facility into the receiving environment near the Similkameen River. Materials on site appeared to be in excess of the 5,000 tonnes of compost per year authorized, and much of the material was located on bare ground, off the cement pads that are the required deposit location for the processing of compost material.”

After the discovery was made, the USIB provided the data and photo to the Environmental Protection Officer responsible for the authorization of the site.

“The officer was not aware of the conditions at the facility and an urgent inspection took place Dec. 21, 2021. Many issues related to compliance under the Organic Matter Recycling Regulation were identified. We anticipate a copy of the inspection report in the next few weeks,” the USIB added.

“They have to go somewhere, but we certainly didn't expect to find them there. I mean, this was advertised when we heard about this facility opening that it was going to be a green facility,” Irwin said.

The owner of Net Zero Waste, Mateo Ocejo, disputes the USIB claims, arguing that the facility is in full compliance with the regulation and rules.

Ocejo explained that they were contacted by the Ministry of Agriculture in December, since they operate a number of different composting facilities in BC, during the provincial state of emergency to help with the deceased animals.

“Dumping, that just couldn't be further from the truth,” he said. “The options for the Ministry of Agriculture were these pigs are dead, they're in a pile of water in the Fraser Valley contaminating drinking water, making other animals sick, making people sick. So what can we do with these dead animals?”

“Normally, they would go to a rendering facility, I don't normally take dead pigs. That's not what we do. We took about 17 truckloads of pigs and it was because of an entire facility, all of the pigs died.”

But when the rendering facilities couldn't keep up, Ocejo stated that his facility was called in to help, slowly going through the process to turn the dead pigs into soil.

“We're not burying anything, we're not dumping anything. What we do is controlled by the organic matter recycling regulation…Because we took in so many, it took us a couple of weeks to put them underneath the jackets. Normally everything that comes in is put under a jacket the same day that it comes in.”

While he said a pile of pigs can look one way, his operation’s work is to dilute it and follow their procedure to right porosity, moisture content and carbon to nitrogen ratio in order for the pigs to properly decompose.

An investigation by the Ministry of Environment is underway at the facility following reports of the pigs.

“In response to a complaint, compliance and environmental enforcement staff from the ministry attended the compost facility near Princeton on Dec. 21, 2021 to assess compliance with the Environmental Management Act and the Organic Matter Recycling Regulation. The Ministry is currently completing its findings from the inspection and awaiting the sample results obtained while on site.”

Once the inspection report is complete, it will be published on the Natural Resource Compliance and Enforcement Database.

“We're just trying to work with the province to find out what was regulated on site. I do know that there were a lot of infractions when the inspection was finally done after we visited,” Irwin explained.

“I think one of the issues that we have is that the BC government needs to work with Indigenous communities to support community based monitoring of industrial operations. Because of our guardianship, that's why this was discovered.”

When asked about the ministry’s investigation into the facility, Ocejo stated that “there's nothing wrong with our operation’ and that he was “100 per cent confident that we're within the regulation. So there's not going to be any violations.”

“We're not a dumping ground, we're not polluting the Similkameen River or any river, we do have monitoring wells and we are operating on a concrete pad with a lined pond underneath gore tex jackets.”

For the USIB, the primary concern is the “health of our valley, the land, animals and the Similkameen River, as well as physical and cultural health of our people.”

“We know what's happening on the ground. We take our guardianship role very seriously, and ultimately, had we not visited, I don't know that the government ever would have even known that this was happening," Irwin added.

The band’s review of the Net Zero Waste facility is ongoing, but their concerns are focused on the industrial-scale processing of waste, including biosolids and massive numbers of animal carcasses, is occurring without adequate oversight, and with potentially serious ecological and cultural impacts, including threats to the ground and surface water.

Princeton town council is getting involved as well.

"It’s very concerning to have this so close to our water system and that's why we’re having staff investigate," Mayor Spencer Coyne said.

Irwin wants to see action taken from the provincial government on better regulations for sites, so important lands are protected.

Editor’s note: This article has been edited to include comment from Net Zero Waste which was submitted after publication.