Thieves strike as they ski 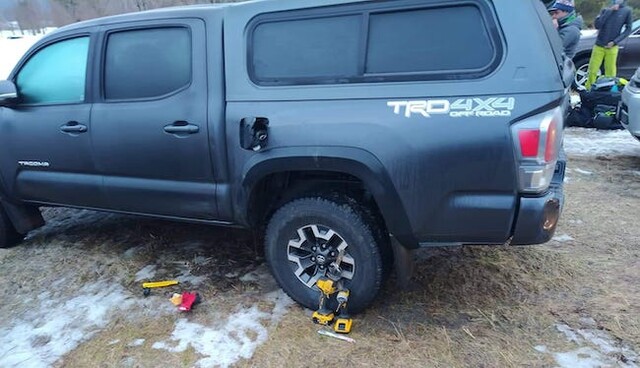 A small community east of the North Okanagan is being targeted by thieves.

Shannon Glasheen posted in the Burton BC Community Group that thieves have been targeting vehicles parked at the ski touring staging areas in Burton for the past two weeks.

"The vehicles had their gas tanks drilled and drained, and this week it looks like they were also after catalytic converters," Glasheen wrote on Sunday.

Burton is located on the east side Arrow Lake in the West Kootenays, about a two and a half hour drive from Vernon on Highway 6.

"This is happening at two different staging areas, quite a distance from each other, that serve three different backcountry ski operations," says Glasheen. "Police are aware, they have been to the scene several times now, and will be doing regular sweeps of the area. We will be taking measures of our own as well."

She asks that anyone who sees suspicious activity post it on the community page and alert police.

"This is really hard on local business, and brings a bad reputation to the area as far as people wanting to come back here as tourists," she said.

"Last week we had several families with young children stranded for several days because they had no way to get home."