Iqaluit back to river water 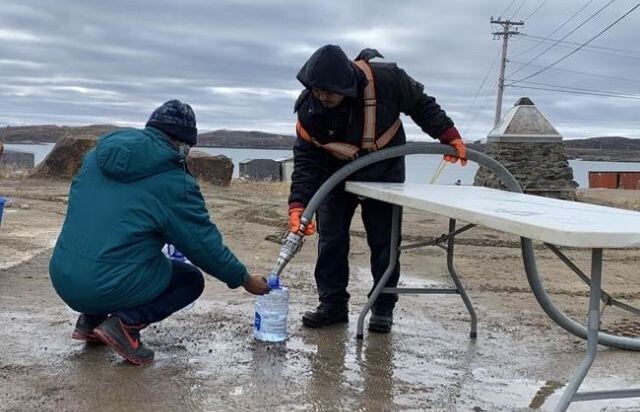 The City of Iqaluit has set up a water-filling station after traces of fuel were found in the Nunavut capital's drinking water last week for a second time in recent months.

Iqaluit residents reported smelling fuel in their tap water and the city confirmed trace amounts had entered the distribution network.

The city says a filling station with river water is to open today and continue until Friday, but the water needs to be boiled before drinking.

The city says Iqaluit's drinking water continues to test well below Canadian drinking water standards and a do-not-consume order has not been issued.

Iqaluit's 8,000 residents could not drink tap water for 60 days late last year after it was found to be contaminated with fuel.

The city says it continues to flush out any remaining hydrocarbons.