Blazers lose a tough one 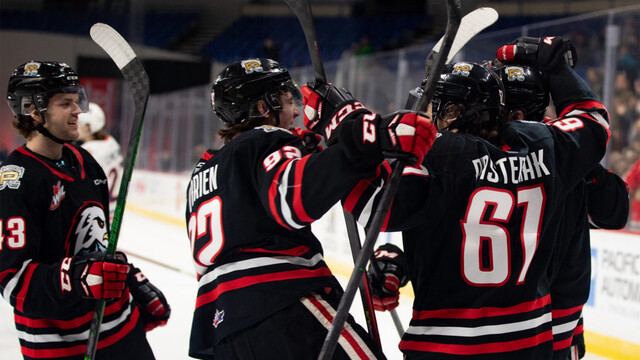 The Kamloops Blazers couldn’t hang on to a 2-0 lead in Portland on Sunday, surrendering five straight to the Winterhawks in a 5-2 loss.

The Blazers were up 2-0 after the first period, then gave up three second-period goals and another two — including an empty-netter — in the third.

Dylan Garand made 29 saves on 33 Winterhawks shots in the loss. Portland goalie Taylor Gauthier stopped 25 of 27 Kamloops shots to earn the win.

The loss moves the Blazers to 22-11-1-0 on the season, still tops in the WHL’s B.C. Division — five points up on the second-place Kelowna Rockets.

The Blazers are off until next weekend, when they’re slated to take on the Prince George Cougars (15-17-1-1) in a home-and-home — in P.G. on Friday and at Sandman Centre on Saturday.