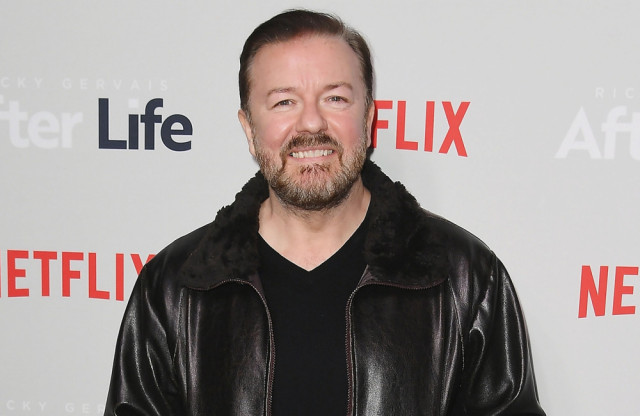 The 60-year-old comedian hosted the awards show five times over a decade and Ricky relished the opportunity to mock Hollywood's rich and famous.

He shared: "I tried to make it a spectator sport when I did it and I did it five times over 10 years. I loved every one, I think I got better at it.

"My favorite one was the last one, mainly because the first time I did it 10 years ago, people are going: 'Why is he saying awful things to these lovely, these most important people in the world?' And the world changed, and by the fifth time they were going, 'Yeah, go on, give it to them, we're sick of them, we're sick of celebrities.'"

But Ricky admits he never planned to watch the show anyway.

He told the 'Backstage' podcast: "I've only ever watched awards ceremonies if I'm there; I'm either winning an award or handing them out. This idea of going home and watching three hours of other people winning an award, I don't know..."

Meanwhile, Ricky recently claimed that some people take his comedy too seriously.

He explained: "Some people think a joke is the window to a comedian’s true soul. That’s just not true.

"I’ll take on any view that makes the joke funnier.