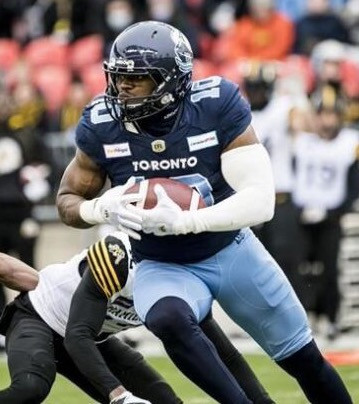 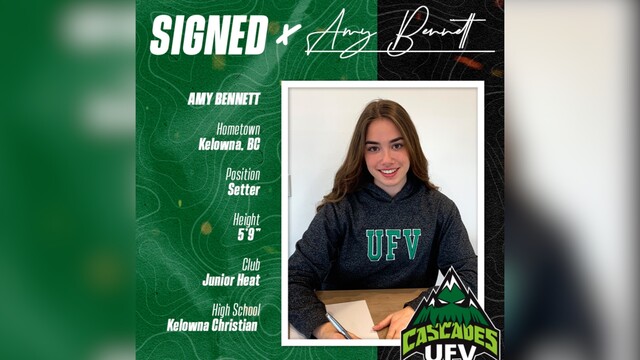 A Kelowna volleyball star has signed with the University of the Fraser Valley women's volleyball program for the 2022-23 season.

Amy Bennett played for Kelowna Christian High School and she was part of a B.C. championship-winning squad in 2019, and she won a bronze medal at the B.C. Christian Schools tournament in 2020. Bennett is a five-foot-nine setter and earned tourney all-star honours on both occasions.

Bennett was also the captain of the B.C. provincial program and the Junior Heat club.

"Amy is very self-motivated, a highly intelligent setter, and a bold and confident communicator," Cascades head coach Janelle Rozema said. "As a coach, that makes her really trustworthy to me, knowing that she'll have the ability to run our offence well."

Bennett says she met Rozema through her time with Team BC and knew right away she wanted to be part of her team.

"I chose UFV as I wanted to study a degree in sciences and pre-med which would lead to a career in medicine," Bennett explained. "With the small class sizes it will allow me to get closer with my professors and obtain a hands-on experience. I also wanted to participate in varsity volleyball and was particularly drawn to the team as it has just been promoted to U SPORTS. Being part of something that is building and developing is really exciting to me," Bennett says.

"We're starting to bring in recruits who have U SPORTS aspirations and U SPORTS capabilities," Rozema enthused. "We do have quite a few players graduating in the next one to two years, so this is a class that will have every opportunity to earn larger roles, including significant playing time, earlier in their careers."

??? | The Cascades women's volleyball program is pleased to introduce its first Class of 2022 recruits!