How social media can crush your self-esteem 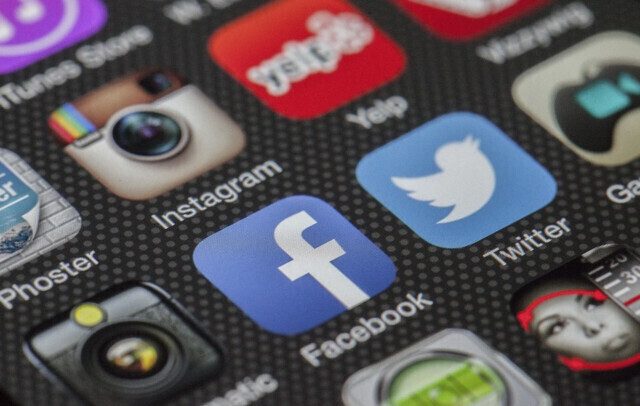 We all have a natural tendency to compare ourselves to others, whether intentionally or not, online or offline.

Such comparisons help us evaluate our own achievements, skills, personality and our emotions. This, in turn, influences how we see ourselves.

The social media platform we choose also affects our morale, as do crisis situations like the COVID-19 pandemic.

As a PhD student in psychology, I am studying incels — men who perceive the rejection of women as the cause of their involuntary celibacy. I believe that social comparison, which plays as much a role in these marginal groups as it does in the general population, affects our general well-being in the age of social media.

The degree of social comparison that individuals carry out is thought to affect the degree of motivation they have.

According to a study by researchers at Ruhr University in Bochum, Germany, there is an optimal level of perceived difference between the self and others that maximizes the effects of social comparison. Specifically, if we see ourselves as vastly superior to others, we will not be motivated to improve because we already feel that we are in a good position. But, if we perceive ourselves as very inferior, we will not be motivated to improve since the goal seems too difficult to achieve.

In other words, the researchers note, beyond or below the optimal level of perceived difference between oneself and another, a person no longer makes any effort. By perceiving oneself as inferior, the individual will experience negative emotions, guilt and lowered pride and self-esteem.

It is easier to invent an exciting existence or embellish certain aspects of things on a social media platform than it is in real life.

The advent of social media, which allows us to share content where we always appear in our best light, has led many researchers to consider the possibility that this amplifies unrealistic comparisons. Research shows that the more time people spend on Facebook and Instagram, the more they compare themselves socially. This social comparison is linked, among other things, to lower self-esteem and higher social anxiety.

A study conducted by researchers at the National University of Singapore explains these results by the fact that people generally present positive information about themselves on social media. They can also enhance their appearance by using filters, which create the impression that there is a big difference between themselves and others.

In turn, researchers working at Facebook observed that the more people looked at content where people were sharing positive aspects of their lives on the platform, the more likely they were to compare themselves to others.

However, could the effect of this comparison in a particularly stressful context like the COVID-19 pandemic be different?

A study from researchers at Kore University in Enna, Italy, showed that before lockdowns, high levels of online social comparison were associated with greater distress, loneliness and a less satisfying life. But this was no longer the case during lockdowns.

One reason for this would be that by comparing themselves to others during the lockdown, people felt they were sharing the same difficult experience. That reduced the negative impact of social comparisons. So, comparing oneself to others online during difficult times can be a positive force for improving relationships and sharing feelings of fear and uncertainty.

Trying to get social support on social media during the COVID-19 pandemic may reactivate negative emotions instead of releasing them, depending on which social media platform a person is using.

Many things motivate us to compare ourselves socially. Whether we like it or not, social media exposes us to more of those motivations. Depending on the type of content that is being shared, whether it is positive or negative, we tend to refer to it when we are self-evaluating. Sharing content that makes us feel good about ourselves and garners praise from others is nice, but you have to consider the effect of these posts on others.

Yet overall, I believe that sharing your difficulties in words, pictures or videos can still have positive effects and bring psychological benefits.