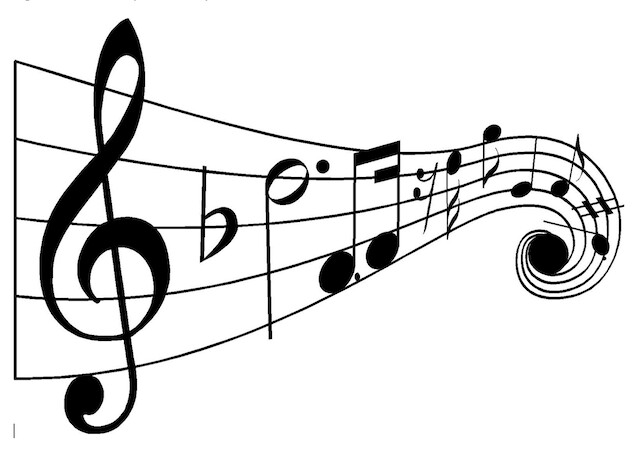 At the stroke of midnight, the ethereal music played the same screwball beat. It sounded like a video game, however I’m not a gamer, so what do I know?

Every night, I’m jarred awake to macabre music conducted by Thing from the Addams Family.

I jabbed my husband with an elbow, snapped him out of dreamland and whispered in his ear, “Do you hear what I hear?” He snickered and said “Oh the music again, nope, can’t say I do.” He went back to sleep and snored.

At that witching hour, I was too scared to investigate.

Experts say it's in one’s head and, from what I understand, is based on three categories. Neil Bauman Phd, from The Centre for Hearing Loss Help website, described it as:

3) Auditory hallucinations from psychiatric disorders or substance use

The first category suggests a hearing deficiency is responsible for sound being heard once the source is turned off. The listener perceives they hear the TV or radio hours later.

In the second category, the brain causes musical ear syndrome. When a person doesn’t have enough sound stimuli, their heads fill in the blanks with music. It can be a variety of melodies. For example, a Canadian may hear Oh Canada, whereas an American, the Star-Spangled Banner. Other songs vary from Beethoven to the Mormon Tabernacle Choir or rock n’ roll. Nonetheless, the sound is not external.

Audio pareidolia is a condition where the brain is bent on finding patterns where none exist. An example is the sound of a fan or furnace running. Some will hear a melody in those devices, suggesting it’s internal, not from an outside source.

Pink Floyd’s lyrics: “Before you lock the door and throw away the key, there’s something in my head and it’s not me”, rang in my mind. Better watch out for the boys in white suits, I warned myself.

Psychiatric disorders are the third category, wherein mental illness, medication, alcohol or opioids are the culprit. This is disturbing for the hearers, as “voices” speak to them.

Last are the phantom sounds in which there’s no known origin or explanation and that’s where Dr. Bauman left it.

Others claim to have not only heard but recorded the ghostly tunes. These stories I found on websites regarding the paranormal and the freaky noise gave me goose pimples.

Plunging headfirst into another rabbit hole, I found something even more bizarre;

There’s a band called Passing Wind and the Paranormal Music Society. The musicians make music by blowing into empty pop bottles. The group has a cult following and claimed to have channeled famous dead artists to get their melodies. Although these websites were interesting and sometimes informative, they didn’t provide resolution.

My conundrum was driving me batty. I looked into baby monitors with video and audio recording capabilities, but felt uneasy about what images the camera might capture. There are phone apps that record sleep noises too; however, that'd be a waste of money if it wasn’t audible.

As the phantom midnight music continued to disrupt my sleep, I became desperate for a solution. A friend suggested asking our pastor to dedicate the house to the Lord, so I recruited Pastor Art and my pal Morningstar to tag along to sanctify our home. We became a three strand cord, as described in Ecclesiastes 4:12. “Though one may be overpowered, two can defend themselves. A cord of three strands is not quickly broken.”

We walked into each room and the minister prayed verses from Psalm 91 and other scriptures. He asked Jesus to remove anything that wasn’t of God. The cleric finished up with 1 Samuel 25:6 "And thus you shall greet him: Peace be to you, and peace be to your house, and peace be to all that you have.”

Two nights passed, and the song continued, but on the third evening I decided not to hide under the covers and faced the phantom music. The sound led me to a tiny clock sitting on the pony wall. I picked it up, flipped it over and pressed the alarm button, which displayed 12:00 am. Mystery solved, I gulped and took the offending machine out into the garage, where it can play its little heart out.

The following nights, so far, I've slept like a baby.