Kanye West shares kiss photo as he tries to save marriage 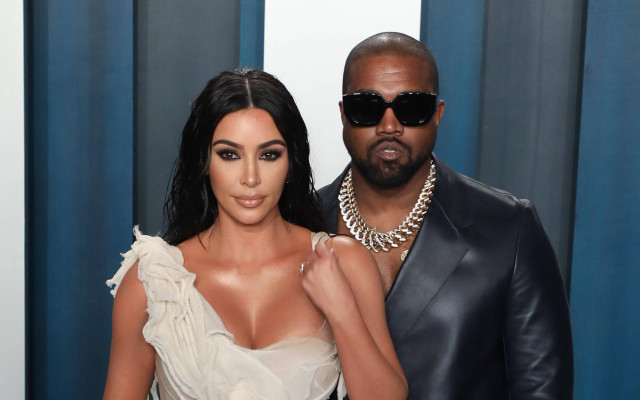 Kanye West is hoping a famous kiss will seal the deal and save his marriage.

The rapper has posted a black and white shot of himself and Kim Kardashian locking lips on Instagram, alongside a link to a TMZ story about his visit to homeless charity L.A. Mission earlier this week (24Nov21), during which he told reporters God would save his marriage.

He also claimed his reconciliation with Kim would help inspire millions of other families coping with divorce or separation.

The rapper visited Skid Row on Wednesday and served up a bizarre rant about family life, which appeared to suggest he is far from ready to call it quits on his marriage.

Kanye, who was on Skid Row in Los Angeles to meet Revd. Troy Vaughan - the CEO and president of L.A. Mission, continued, "I have to be next to my children as much as possible. So, when I'm out the house, I've got a house right next to the house. I'm doing everything to be right next to the situation."

Realizing his speech was beginning to ramble, he said, "I'm trying to express this in the most sane way, the most calm way possible, but I need to be back home."

According to TMZ, Kardashian initially posted the vacation photo in 2019 and promptly deleted it.

West's plans to save his marriage come as Kim has reportedly moved on with comedian Pete Davidson, with whom she has shared several dates in recent weeks - days ago, they were spotted at dinner in Santa Monica.

Meanwhile, Kanye has been linked to models Irina Shayk and Vinetria since Kim filed for divorce in February (21). 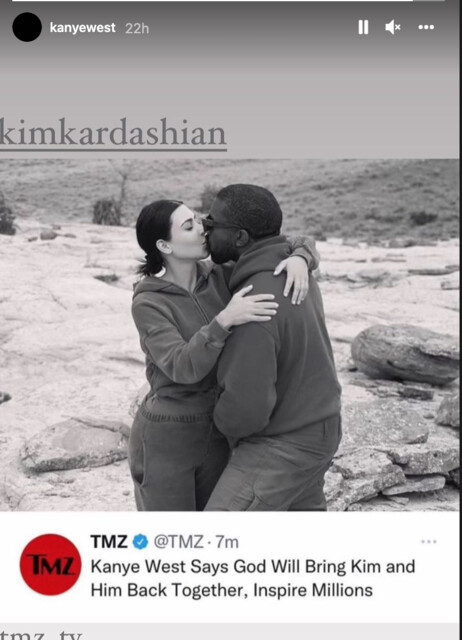