Psychedelics continue to work their way into mainstream medicine, particularly when it comes to mental health.

A new international study led by UBC Okanagan researchers indicates that repeated use of microdoses of psychedelics such as psilocybin or LSD can be a valuable tool for those struggling with anxiety and depression.

The recently published study found that adults who used regular microdoses of LSD or psilocybin showed fewer symptoms of anxiety and depression than those who did not. They also reported greater feelings of well-being.

“There was a clear association between microdosing and fewer symptoms of depression, anxiety and stress, which is important given the high prevalence of these conditions and the substantial suffering they cause,” said lead author and UBC Okanagan doctoral student Joseph Rootman.

The study followed more than 8,500 people from 75 countries using an anonymous self-reporting system.

The most commonly-used psychedelic in the study was magic mushrooms also known as psilocybin.

“In comparing microdosers and non-microdosers, there was a clear association between microdosing and fewer symptoms of depression, anxiety and stress — which is important given the high prevalence of these conditions and the substantial suffering they cause.”

The study is also the first to systematically examine the practice of stacking, or combining microdoses of psychedelics with other substances like niacin, lions mane mushrooms and cacao, which some believe work in conjunction to maximize benefits.

"These findings highlight adults who are microdosing to treat their mental health conditions and enhance their wellbeing—rather than simply to get high,” says Dr. Zach Walsh, a psychology professor in UBCO’s Irving K. Barber Faculty of Arts and Social Sciences.

“We have an epidemic of mental health problems, with existing treatments that don’t work for everyone. We need to follow the lead of patients who are taking these initiatives to improve their wellbeing and reduce suffering.” 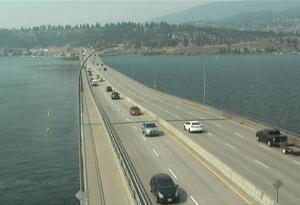